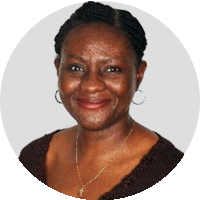 There is currently a lot of push to get African judiciaries to appreciate the role they play in the promotion of arbitration and the need for their support of the process for it to thrive on the continent. We all fully appreciate that arbitration and litigation co-exist in the same milieu or space. I refer to both as being in the same business of dispute resolution. However arbitrators and judges do not have the same powers. This is simply because of the sources of their powers. Arbitrators get their powers from the parties’ arbitration agreement (and this may be limited by the State) while the courts/judges are an emanation of the State and so have the full powers (especially coercive powers) of the State at their disposal.

The effect of this to the arbitral process is that national courts must be willing to support the arbitral process through enforcement of the decisions of the arbitral tribunal. Provision (or lack of) support during the arbitral hearing, for now is not topical (possibly because courts in African jurisdictions are hardly requested to enforce interim applications, etc). The call for specialist arbitration courts or panels of judges arises from complaints by the arbitration community that enforcement of arbitral awards takes too long and in most jurisdictions is adjudicated by judges who are non-specialists in arbitration. So the argument is that national judiciaries should carve out a group of judges that are trained in arbitration law and practice to sit as a division of the court and to deal with arbitration related cases only. On paper this sounds a wise and reasonable step while Mauritius is given as an example of a jurisdiction that has done this and (in addition to other steps) shows itself as being supportive of arbitration.

I do not agree with this proposition and wish to open this for discussion.

The question as it is currently framed is: how do we ensure that the judges who deal with arbitration related matters understand the arbitration process and the need for expediency.

The first point to note is that arbitration is a process of dispute resolution for the allocation of substantive legal rights and obligations. Such allocation is based on whatever substantive law governs the merits of the dispute which the arbitrators determine. In my view, Judges therefore need to understand the juridical space allocated to arbitration in their legal systems. This refers to understanding the function of arbitration and arbitrators in any legal system; which simply put, is to determine the submitted dispute. With this understanding, judges then know that their role is not to re-open the case as it were (in accordance with their law) but to give effect to the decision of the arbitrator in accordance with their law. This further entails the judges understanding what their own role or function in the wider processes of dispute resolution within their legal system and laws is.

This understanding of their (the judges) role should deal with the very urgent problem of delay. Thus, how can local judiciaries limit the delays in arbitration-related litigation? My view is that delay is a systemic problem of particular legal systems and local judiciaries. It affects all matters before such courts and is not peculiar to arbitration related disputes. This is the primary reason I do not believe that carving out an arbitration division within the court structure in such jurisdictions is the solution to such systemic problems. The solution may lie in a root and branch review of such legal systems (inherited from colonial rule) which most likely are no longer fit for purpose and for the 21st Century.

The more realistic view to my mind is the creation of a commercial division where specialist commercial judges are trained and assigned to such courts (which may also include specialist branches of the Courts of Appeal). Such judges will have expertise in various aspects of substantive commercial law and in equal measure, understand the importance of commerce to the economic development of their countries; which should also influence how and what they decide. As it relates to arbitration matters, such commercial divisions may set aside a particular day of the week (or more depending on their docket) to deal specifically with arbitration matters (or other subject matters such as banking, shipping, etc). These two suggestions are not original as they have been implemented in various developed and developing jurisdictions across the world.

We must recognise that creating divisions of courts also implies resource (that in most judiciaries are very limited) allocation and numbers of disputes to justify such allocation. It is not reasonable to expect a State with occasional arbitration related applications, to set up an arbitration division for its high courts. Such action will be a clear waste of such state’s resources.

I also recognise that some States at this time, may not have the resources (human included) to set up a commercial division as suggested above. This makes it important that all judges should mandatorily be trained (and updated) in various alternative dispute resolution processes. At the very least, all judges and court registrars should be trained in the basics of mediation and arbitration (at least until it becomes a compulsory subject either in Law Schools or as part of the curriculum for the law degree in universities). This will ensure that knowledge of these processes begin to permeate the judicial hierarchy and hopefully positively influence the way commercial and other disputes are adjudicated.

African judiciaries need to appreciate their role in supporting their governments’ drive for sustainable economic growth and development. One urgent step they can take (which is completely within their control) is to listen to their commercial community and effect relevant changes. That community is asking these judiciaries to take steps to cut the delays in their systems.

- By Dr Emilia Onyema -
SOAS University of London
Email:This email address is being protected from spambots. You need JavaScript enabled to view it.