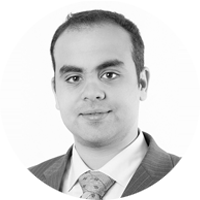 The effect of this to the arbitral process is that national courts must be willing to support the arbitral process through enforcement of the decisions of the arbitral tribunal. Provision (or lack of) support during the arbitral hearing, for now is not topical (possibly because courts in African jurisdictions are hardly requested to enforce interim applications, etc). The call for specialist arbitration courts or panels of judges arises from complaints by the arbitration community that enforcement of arbitral awards takes too long and in most jurisdictions is adjudicated by judges who are non-specialists in arbitration. So the argument is that national judiciaries should carve out a group of judges that are trained in arbitration law and practice to sit as a division of the court and to deal with arbitration related cases only. On paper this sounds a wise and reasonable step while Mauritius is given as an example of a jurisdiction that has done this and (in addition to other steps) shows itself as being supportive of arbitration.

Under Egyptian law, termination in bilateral agreements is a right granted to a party who wishes to end a contractual relation when the other party does not perform its obligation. However this right is regulated as we will further see.

It is worth mentioning that we shall distinguish between two hypothesis:

I. Judicial termination, when the agreement does not contain a termination clause:

Article 157 of the Egyptian Civil Code provides: “In bilateral contracts if one of the parties does not perform his obligation, the other party may, after serving a formal notification to the debtor, demand the performance of the contract or its rescission, with damages, if due, in either case.

The judge may grant additional time to the debtor, if it is necessary as a result of the circumstances. The judge may also reject an application for rescission when the part of the contract which the debtor has failed to perform is of little importance in comparison with the obligation in its entirety.”

The principle is that when the agreement lacks a termination clause, and when the debtor of the obligation fails to perform his contractual obligation, the creditor shall at first officially notify the debtor asking him to execute his obligation, when this latter fails to do so, then creditor must file a termination lawsuit, and in this case the judge has the full authority to whether orders the termination or dismisses it, he has also the authority to grant debtor a delay to execute his contractual obligation to avoid the termination. In this regard, Cassation Court clearly stipulates that:

“The tribunal (1st instance) - according to article 157 of the Civil Code - has the right to refuse the termination claim in case that the debtor non execution is partial, meaning that what was not executed is not important or minimal compared to the whole obligation, the tribunal has an absolute discretionary power as per the extraction of the result when its judgment is based on reasonable grounds.”

I. Consensual termination: when the agreement contains a termination clause:

Article 158 if the Egyptian Civil Code provides that: “The parties may agree that in case of non-performance of the obligations flowing from the contract, the contract will be deemed to have been rescinded ipso facto without a court order. Such an agreement does not release the parties from the obligation of serving a formal summons, unless the parties expressly agree that such a summons will be dispensed of.”
The Doctrine has established what we call “the gradation in consensual termination.”

a. First type: the agreement will be terminated (the weakest):

In this case a party willing to terminate the agreement because of the non performance of the other party shall firstly, notify the other party, and secondly file a termination lawsuit. It is worth mentioning that this type of termination clause is not effective as its conditions of application bring us to the application of article 157 as per the judge’s discretion.

b. Second type: the agreement will be terminated ex officio:

c. Third type: the agreement will be rescinded ex officio without a court order:

d. Fourth type: the agreement will be terminated ex officio without need of a court judgment or an official notification (strongest):

This type of termination clause is the most used in the bilateral commercial agreements, because of its efficiency and most of the time it is a threatening weapon used against a debtor who does not execute his contractual obligation. This latter is often the “weak party” in a contract.

In conclusion, drafting a termination clause in bilateral agreements under Egyptian law requires accuracy and long term vision. Termination could have huge consequences on the party willing to terminate, and on the agreement itself. If this latter wrongfully terminates an agreement by not respecting the termination rules, the judge could annul this termination for being wrongful and consider that the agreement is still in force.