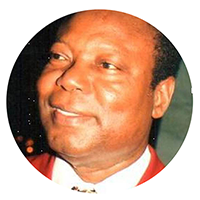 Promoting the Participation of Africa and Africans in International Arbitration

It is a great honour and my privilege to participate in the launch of “Africa’s 100” Arbitrators and to speak on the theme of Promoting African participation in International Arbitration. Those familiar with what I have been writing and saying about this in recent years at various international conferences and symposia will be aware of my call and support for expanding the arbitration space in Africa for Africans and others who are suitably qualified to deliver commercial justice in Africa through arbitration and the alternative dispute resolution (ADR) mechanisms. The call to include Africans in international arbitrations is a necessity and not a call to exclude foreign participation in arbitrations in Africa.

2. The Challenge of Arbitration in Africa

When asked to whom the call is directed my response is that it is to all stakeholders in arbitration consisting principally of the Users, Practitioners, Arbitrators who appoint other arbitrators either as Chairmen or Third Arbitrators, States, Arbitration Institutions and Appointing Authorities and Agencies. It is a wide catchment area. But I also hasten to add the clarification that the emphasis on “Africans” is because they lack visibility in international arbitrations, and so I speak to the need for including Africans particularly in African dispute settlement and not the exclusion of non-Africans in African arbitrations. There is need to be clear about this as Africans should not be isolated or isolate themselves from the benefit of acquiring international standards and experience by participation in international arbitration.

My interest in this subject was also prompted and provoked by the constant refrain from non-Africans that Africa is unsuitable for international arbitration for lacking various things, such as the so-called infrastructural support. It is a contagion by which even some Africans are afflicted.

Three years ago a presenter at an arbitration conference in London asserted bluntly that the future of African arbitration is in Europe. This year at an arbitration roadshow in Nairobi a young man from England quoted an unnamed English Counsel as declaring that International Corporations will not arbitrate in Africa for lacking various capacities and competencies. So we are back again in year 2015 to the same old prejudices against arbitration in Africa.

Regrettably the fact that Africans in positions of authority and influence have bought into these negative assumptions and beliefs does not help the promotion, participation and advancement of Africans in international arbitration. One regrettable result is that young African practitioners are thereby denied the opportunity of acquiring requisite arbitration skills and experience at the international level.

3.1. The Future of Arbitration in Africa

The future of arbitration in Africa ought to be in Africa and in African hands. “Africa’s 100” and “I-ARB Africa” are part of the broader campaign for Africans to take their destiny into their own hands instead of looking up to others to do as they please with Africa.

3.2. The following submissions are in response to the old prejudices that prevent Africans from managing their own affairs and arbitral disputes in particular:

(a) For several decades now Africans have been receiving training in the law and practice of arbitration and other dispute resolution mechanisms. Consequently the number of trained and qualified Africans is growing and they are available for appointments as arbitrators and dispute resolvers, especially in disputes emanating from the continent. As already noted this statement does not exclude non-Africans from participating, assisting and contributing requisite expertise to that process. But the process must be Africa-driven and led by suitably qualified and experienced Africans.

(b) The infrastructural support for arbitration in Africa is also available, and can be expanded and improved as time goes on and the need arises. World class facilities in the form of hotel accommodation, conference rooms and communication facilities already exist on the continent. If it is alright for foreigners to come to Africa and negotiate lucrative commercial and investment contracts in these facilities, it should be alright for the disputes emanating from such contracts to be resolved with these same facilities with the involvement of local practitioners and arbitrators.

(c) Inadequate laws and lack of judicial support for arbitration are other frequent reasons given for transporting African disputes abroad. Indeed the 54 countries in Africa are not all at the same level of development in ADR practices. But the several countries on the continent that have adopted or adapted the UNCITRAL Model Law and are continuing to improve their laws and judicial capacities and professional competencies attest to improvements and efforts to elevate the standards of arbitration practice in Africa. It is accepted that judges with no training in arbitration and ADR are a frustrating draw back on the development of sound practices in line with international standards. There are too many arbitral challenges in our courts and much delay in dealing with arbitral applications and related matters in court. More and more practitioners should therefore speak up for the need for these courts to wake up to international expectations and standards of practice. It is noticeable in the last few years that judges trained in ADR practices are making a difference in their support for arbitration by minimising and even discouraging unmerited applications and unwarranted judicial interventions.

What is needed is confidence. Arbitration practitioners, arbitral parties and users of arbitrations should have the confidence to nominate Africans as arbitrators, mediators and conciliators, especially in African disputes. This alone can make a tremendous difference by expanding the arbitration and dispute resolution spaces in Africa for mutual benefits. I conclude on the note that it is not sufficient to be learned and well versed in the principles and rules governing arbitration. Knowledge of arbitration by itself is not enough. The ADR trainee needs facilitation to be a practitioner in order to grow and acquire the requisite and competitive skills for career development and advancement in arbitration and ADR. So I commend these thoughts to you on this auspicious occasion.

Thank you and I wish this launch every success.

-By Hon. Justice E. Torgbor-
Email: This email address is being protected from spambots. You need JavaScript enabled to view it.