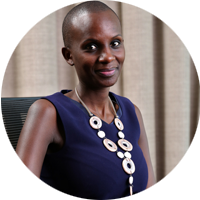 The countries of Africa are nascent economies, some with well developed, and most with burgeoning energy and natural resources (ENR) sectors. With vast resource wealth comes a greater expectation of economic development and a greater interest in ENR and infrastructure investment. Disputes are often inevitable, considering the vested interests involved. Navigating ENR arbitration has become increasingly important, especially for African arbitrators and arbitration practitioners.

East Africa has made major strides in national and cross-border ENR development.

The above, and others, will require substantial investment by large and small players.

All countries are members of the International Centre for Settlement of Investment Disputes (ICSID) and signatories to the 1958 New York Convention on Recognition and Enforcement of Foreign Arbitral Awards. Kenya and Uganda are members of the Permanent Court of Arbitration (PCA).

Regionally, the East Africa Court of Justice (EACJ) seated in Arusha, Tanzania, has an arbitration court. Further, IGAD, in partnership with the Djibouti Chamber of Commerce, is developing the Djibouti International Arbitration Centre (DJIAC).

Kenya’s 2015 Model Production Sharing Contract (PSC) provides for arbitration under UNCITRAL Rules with ICSID as appointing authority. Under the Kenya Mining Act 2016, dispute resolution in mineral agreements should be through international arbitration, and mineral rights disputes should undergo mediation or arbitration.

Under the Kenya Energy Act 2006, licensing disputes should undergo arbitration. The Kenya standardized power purchase agreement (PPA) for above 10 MW provides for arbitration under the Kenyan Arbitration Act or the ICC Rules.

Sovereignty of natural resources is vested in the people and managed by governments and this is recognized under international laws such as the United Nations Convention on the Law of the Sea (UNCLOS) and under National laws. Disputes therefore mainly involve governments.

Due to government being a party, one peculiarity is that national legislation may have a special government dispute procedure. For instance, in Kenya, the Government Proceedings Act has special party and notice requirements.

Dispute can also be state-state, such as the Kenya-Somalia maritime dispute at the International Court of Justice (ICJ) and the Tanzania-Malawi dispute over Lake Nyasa/Lake Malawi.

In ENR arbitration, amounts involved are significant, and disputes can be highly technical. Involvement of forensic experts and technical sectoral experts is common, if not a necessity.

Another peculiarity is that disputes are highly emotive and may have a political angle. Sometimes, termination is not about the facts, but about national sentiments, political opinions and election cycles.

The main ENR dispute issues are:

(a) Resource nationalism. This can be direct, for instance, after political unrest, where the government takes over projects. It can be indirect through change in law and change in taxation regimes.

(b) Local content. The East African countries have growing local content regimes. Local content requirements may cause contract cancellation for not meeting thresh-holds, or disputes between foreign companies and local partners.

(d) Project delays. This leads to cancellation or contracts by governments, or delay compensation claims by investors.

Uganda has had 3 petroleum sector investment arbitrations at ICSID, with 1 concluded and 2 pending. The claimants have been Tullow Uganda and Total E&P. The Tullow Uganda cases entail petroleum agreements worth about USD 2.9 Billion.

Kenya has 2 pending ENR arbitrations at ICSID: a 2015 geothermal licence case by Walam Energy worth approximately USD 620 Million; and a 2015 mining case by Cortec Mining and Stirling Investment, worth about USD 2 Billion.

The ICSID cases are available on the ICSID website.

With the increased investment and recent and on-going changes in law, arbitration in East African ENR has potential to grow.

7. Involvement of African arbitrators and practitioners

Each of the ENR cases discussed had a three-member tribunal. Only 2 African arbitrators were appointed in 2 cases: David Unterhalter (South Africa) in Standard Chartered v Tanzania; and Swithin Munyantwali (Uganda) in Walam Energy v Kenya.

In the ICSID Panel of Arbitrators (women): Kenya has nominated Ms. Jacqueline Kamau and Ms. Njeri Kariuki; Tanzania has nominated Ms. Verdiana Nkwabi Macha; Uganda has no female nominee. It is hoped that these East African women arbitrators and more, will obtain appointments in ICSID cases.

The potential for international investment and commercial arbitration in the East African ENR sector is significant. How can East Africans seize the opportunities?

There should be greater exposure and recognition. Arbitrators should list themselves as energy arbitrators in institutional databases such as CIArb, ICC, LCIA, NCIA and other centres. Arbitrators and Practitioners should publicise their expertise (subject to confidentiality) and participate in arbitration conferences.

There should be an awareness of industry best practices, and country energy and mining laws, noting recent overhaul changes.

There should be an appreciation for the need for technical experts (drilling, piping, electricity charges, energy charges, taxation) and forensic experts in calculating quantum.

Very importantly, one needs to be aware of local realities, but be objective and steer clear of political issues.