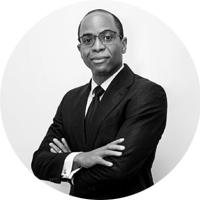 On 2nd May 2018, results from the SOAS and Broderick Bozimo & Company (BBaC) Arbitration in Africa Survey 2018 were presented at SOAS’ Arbitration in Africa Conference in Kigali. The survey focused on the issue of ethnic diversity on arbitral tribunals. We asked African arbitration practitioners for their experience, practice and thoughts on arbitration and the extent of their participation in international and domestic arbitration. We received 191 responses to the survey between December 2017 and February 2018, with respondents from 19 African jurisdictions and 13 jurisdictions outside Africa.

Arbitration has long been the accepted global mechanism for binding dispute resolution outside the framework of national courts. The African Continent is no exception. Domestic and cross-border disputes emanating from Africa in on the rise. However, available statistics suggests that there is no corresponding increase in the number of African arbitrators or counsel acting in international arbitration references. The 2018 survey interrogates this illogical disconnect.

The results show a similar trend in international arbitration. Over the reporting period, 31.4% of respondents acted as counsel in one to five disputes, 4.2% in six to ten disputes, 1% in 11 to 15 disputes, and 4.2% in 15 or more disputes.

Of concern, however is the geographical spread of these qualified candidates. The majority of respondents were qualified to practice in either Nigeria (61.8%), South Africa (8.9%), Ghana (4.2%), Kenya (2.6%) and Ethiopia (2.1%). This highlights the need for stronger regional cooperation across the African continent, to facilitate the increase of qualitative skills.

Other findings from the survey included the following:

The full report can be accessed here.

-By Ms. Isaiah Bozimo(This email address is being protected from spambots. You need JavaScript enabled to view it.)-
Partner
Broderick Bozimo & Company