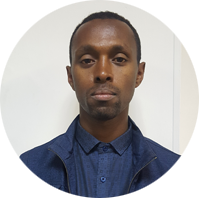 IS TIME TO ENACT A MODERN ARBITRATION LAW FOR ETHIOPIA?

News which begins with “Ethiopia records double digit growth” is not new for an Ethiopian. In fact, recent news reports and feature articles on various outlets hail Ethiopia’s economic growth. For sure, these reports please the government of Ethiopia, which is chasing its “developmental” policy day in day out.

It is a truism the more investors come; the more employment opportunity be created locals and the more government’s revenue increases. A responsible and accountable government can do a lot with the revenue it collects from foreign investors.

Yet, every day cannot be a holiday. Sometimes, and unfortunately, things might take a wrong turn: the partnership between the government and an investor might turn out to be bitter- just like Allana Potash and FDRE Ministry of Mines, Energy and Petroleum. As a corollary, a dispute unfolds (there is an ongoing arbitration between Allana Potash and the government of Ethiopia).

Dispute costs. Often times, cases between foreign investors and the government of Ethiopia are referred to either ICC or UNCITRAL arbitration which means the government must pay to arbitrators, lawyers, institutions administering the arbitration, cover transportation fee for lawyers and expert witnesses. All in all, a single international arbitration can cost more than 5 million USD- taking into account every single expense.

An expense exceeding 5 million USD is a big deal for an underdeveloped country in which more than half of the population is living under poverty line and where shortage of foreign currency is creating a lot of problems. To add insult to injury, if the case is decided against the government, it must to pay the principal amount, interest, damages (if any), cover costs and expenses.

Ethiopia’s capital, Addis Ababa, is not considered as a favorable arbitral seat by the international arbitration community. Many disputants/arbitrators/institutions do not prefer the capital as a venue even though it is hosting African Union (AU) and Economic Commission for Africa (ECA).

Their motive is unclear. Like, in ICC Case Number 10623, although the respondent was an Ethiopian party and Addis Ababa was chosen as a seat in the arbitration agreement, at a later stage the parties signed ToR to make the hearing in Paris. So, what seems to be the problem and the solution? As an expert on Ethiopian arbitration law, I feel obliged to suggest something.

Another important point to consider is that at the current stage Ethiopian arbitration law is governed by the Civil Code and the Civil Procedure Code. Both Codes were enacted more than 5 decades ago. When they came into force, Ethiopia was unfamiliar to the modern concept of commercial/investment/maritime arbitration, UNCITRAL Model Law, ICSID Convention, ICC Arbitration and Mediation Rules and the New York Convention for the Recognition and Enforcement of Foreign Arbitral Awards (in its current form).

Obviously, these instruments aim to improve international arbitration and make sure traders are served well. Basically, arbitration is crafted in a way to satisfy parties’ interest from the beginning of until a final award is given. In fact, the growth of cross border trade forces a nation to adopt stable dispute settlement law. Stability begins from the formation of the panel and extending to the enforcement of an award.

From experience, foreign investors are concerned about four major things: tax law, dispute settlement law (especially in relation to recognition and enforcement of foreign arbitral awards), land law and labor law. An investor needs to take each of these into account before making up his/her mind to invest in Ethiopia.

Given all the news reports about economic growth, the cost of arbitration which has been aforementioned, why is Ethiopia lagging behind in enacting a party-friendly and modern arbitration law? Why isn’t it chosen as a seat? The answer: policy decision. The government needs to take an initiative in promoting arbitration.

An article published on Mizan Law Review (Vol 4 No. 2, Autumn 2010) by Mr Hailegabriel G. Feyissa entitled “The Role of Ethiopian Courts in Commercial Arbitration” advocates for liberal arbitration law. The degree of court involvement in domestic or international arbitration needs to be controlled and objective standards must be set to allow courts to “control” an ongoing arbitration.

This author shares the feeling forwarded by Mr. Hailegebriel. In general, Ethiopia needs to endorse a modern and robust arbitration law. Such a move has so many economic advantages: it can create an employment opportunity for local professionals; can be used as a source of foreign currency; secures investors confidence.

In addition, enacting a forward-looking, up-to-date arbitration law can make Addis Ababa to be chosen as a seat by parties just like Paris, Geneve, London, New York and many metropolitan cities. These benefits cannot be overlooked by the government, can they? A country that is attempting to liberalize its economy cannot continue to progress based on laws enacted 53 years ago.

Enacting a party-friendly arbitration law includes permitting arbitration institutions to be established. Currently, the only known institution which gives commercial arbitration service to various undertakings is Addis Ababa Chamber of Commerce and Sectoral Association. This is not enough for a country that is trying to beguiling foreign investors by enacting new investment laws, establishing a one-stop-shop service, instituting industrial parks.

A landlocked nation can benefit a lot by promulgating a party-friendly arbitration law.

-By Michael Teshome(This email address is being protected from spambots. You need JavaScript enabled to view it.)-
Lecturer
Attorney and Consultant at Law
Co-author of a book: "Arbitration in Ethiopia"