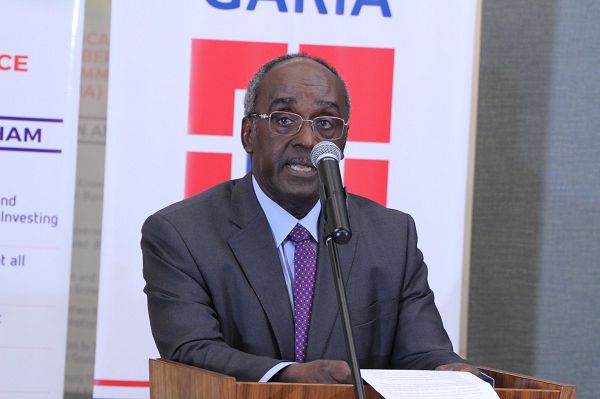 A former Justice of the Supreme Court, Professor Justice Samuel Date-Bah, who was appointed by the Commercial Division of the Accra High Court to arbitrate in the case of the uniBank, has written to the parties involved in the matter to appear before him tomorrow, June 19, 2019. The appearance of the 16 shareholders, the receiver of the bank, Nii Amanor Dodoo, and the Attorney-General will allow Prof. Justice Date-Bah, as the sole arbitrator, to determine whether or not the revocation of uniBank’s class-one banking licence by the Bank of Ghana (BoG) was done in accordance with the tenets of law.

The Accra High Court, presided over by Mrs Justice Jenifer Dadzie, referred the matters contained in a counter-claim filed by lawyers for Dr Kwabena Duffour II, one of the 16 shareholders of the bank, for arbitration.

The counter-claim argued that the revocation of uniBank’s licence was illegal.

The court, pursuant to provisions of Act 930, referred the matter of the revocation to arbitration and appointed Prof. Justice Date-Bah as the sole arbitrator on May 17, 2019.

The court indicated that its decision to appoint an arbitrator did not, however, stop it from adjudicating on the other counter-claims, and that the presiding judge would hear other reliefs in the counter-claims that did not fall under the ambit of Act 930.

It was the considered view of the court that not all the reliefs in the counter-claim directly challenged the revocation of uniBank’s licence and the appointment of the receiver.

The reliefs included a declaration that the receiver did not have the right to “interfere with the sanctity of any contract or transaction entered into between uniBank and any of its customers or shareholders”.

Another relief is an order for general, punitive and exemplary damages.

The ruling by the court was as a result of an application filed by the receiver urging the court to dismiss the entire counter-claim by the shareholders.

Lawyers for the applicant argued that the counter-claims were an attempt by the shareholders to delay the hearing of a suit filed by the receiver against them and that the shareholders knew that the proper forum for their action was arbitration.

Justice Dadzie, however, rejected the argument that all the reliefs in the counter-claim must be determined by arbitration.

On September 4, 2018, the receiver of uniBank sued the 16 shareholders for allegedly breaching their fiduciary duties as directors of the bank and, in the process, making the bank incur a GH¢5.7 billion debt, leading to its collapse.

The plaintiff, accordingly, prayed the High Court to hold the 16 defendants jointly liable for all the loss uniBank Ghana Limited had suffered.

The defendants denied all the allegations, and on October 12, 2018 three of them filed a counter-claim accusing the plaintiff of certain infractions and, therefore, seeking certain reliefs.

Dr Duffuor II, Prof. Kwadwo-Kusi and Ms Duffuor-Nyarko, in the counter-claim, accused Nii Dodoo of issuing a defective report, leading to the collapse of the bank.