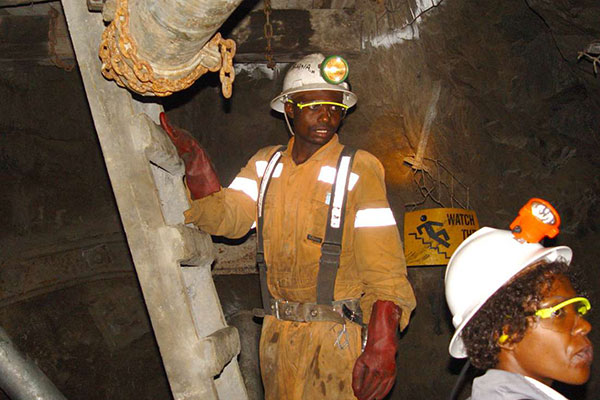 Tanzania’s Acacia Mining on Wednesday said it was seeking a stay of international arbitration proceedings, days before a hearing was due to start and two days before a deadline for a buyout proposal by Barrick Gold Corp.

The gold miner has been fighting a bid by majority shareholder Barrick, which Acacia says undervalues it.

The deadline for a firm bid from Barrick, which holds 63.9 per cent of Acacia, is Friday.

That deadline is just ahead of Monday’s scheduled start of international arbitration proceedings against the Tanzanian government, with which Acacia has been locked in dispute over a $190 billion tax bill.

“If the Tanzanian government agrees to the stay, Acacia would expect the arbitration hearing to be postponed to provide time for the government of Tanzania to complete its settlement discussions with Barrick Gold Corp,” Acacia said in a statement.

Tanzanian allegations that Acacia has broken environmental regulations have ratcheted up the pressure on Acacia.

Late on Tuesday, Acacia said the Tanzanian National Environment Management Council issued a notice for Acacia’s North Mara mine to prevent it using its tailings storage facility by 6 am local time on Saturday on the grounds the mine had breached environment rules.

In a statement, Acacia said it was seeking clarification and would request any investigation reports or data upon which the North Mara notice is based.

Acacia’s North Mara mine was issued with an Environmental Protection Order and fine in May 2019 for alleged deficiencies at a tailings storage facility.

But Acacia says it has never received any reports that would justify the decision. It said the North Mara technical team has been working “constructively and collaboratively” with the Tanzanian government.

The miner late Friday announced that it was halting all further gold exports from its North Mara pending an impromptu government inspection of the mine's current production.

"The Mining Commission (at the ministry) is soon to conduct an inspection of North Mara’s gold production, and export permits for gold shipments from North Mara will be issued following completion of this inspection," reads the statement.

Acacia recorded a 51 per cent increase in gold output from its three Tanzanian operations combined during the second quarter of 2019, attributing this mainly to an 80 per cent spike in production at the North Mara concession.