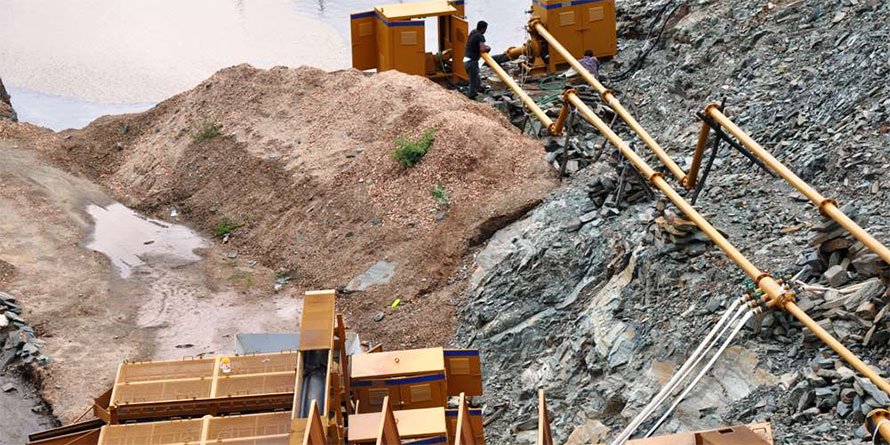 Up to 300 gold miners in Nandi County are facing job losses after the Kabere Gold Mine shut down its operations in the wake of a dispute with the owner of the nine-acre land on which its plant stands.

The company recently laid off its employees after the land owner, Cheseret arap Korir, declined to renew its 10-year lease after it lapsed in January.

The parties are now locked in a legal tussle over whether either of them has the right to terminate or renew the lease.

The row at Kabere comes soon after Kilimapesa Gold, which has operations in Migori County, also shut down its mine after failing to raise new capital to finance operations of the plant.

The gold mine closures are happening at a time when the price of the commodity has rallied to a six-year high of $1,400 (Sh141,000) per ounce, underlining the missed opportunities for investors and the government, which earns royalties from the companies.

Kabere, formed in 2008, has been producing gold with a value of about Sh800 million per annum. The company, owned by a group of Kenyan citizens and institutional investors such as Maris Africa and Dutch investment fund FMO, signed a 10-year lease agreement with Mr Korir on June 12, 2009.

The rent was set at the rate of Sh3,000 per month per acre amounting to Sh324,000 per year and increasing at five percent per year.

Kabere wrote to Mr Korir six months before the lease expired, informing him that the company wished to renew it for another 10 years.

The landlord rejected the notice and directed the company to vacate the property upon expiry of the lease in January.

The mining firm went to court which, on March 1 2019, ordered the company to cease operations and further directed the parties to resolve their dispute through arbitration as provided for in the lease agreement.

"The plaintiff (Kabere) is also restrained from carrying on any activity on the suit parcels of land pending the outcome of the arbitration," Judge Antony Ombwayo of the Environment and Land Court at Eldoret ruled on March 1, 2019.

Kabere, which says it risks suffering a huge loss after investing a cumulative Sh1 billion in the mine, won in the arbitration process but the decision has been challenged in court by Mr Korir.

The arbitrator, Anthony Githinji Kimani, said that the mining company had a right to renew its tenancy for a further 10 years according to clause 2.2 of the lease agreement.

"The lessee shall have the option to extend the term by notice in writing given to the lessor six (6) calendar months prior [to] the end of the term for a further period of ten (10) years on the same terms and conditions as this agreement (save for any amendments and/or variations agreed between the parties) and the rent payable shall be agreed between the parties at least one calendar month prior to the expiry of the term," the clause says.

The arbitrator accepted Kabere’s argument that it has invested heavily in development of the land and its business in reliance on the provisions of the clause.

Mr Kimani said that the company "therefore had a contractual and legitimate expectation that the respondent would renew the lease term for a further 10 years upon expiry of the initial 10-year term."

The company says the lease dispute has also held up its mining licence since it is now a requirement that it receives consent from every land owner within its designated mining area before its licence can be renewed.