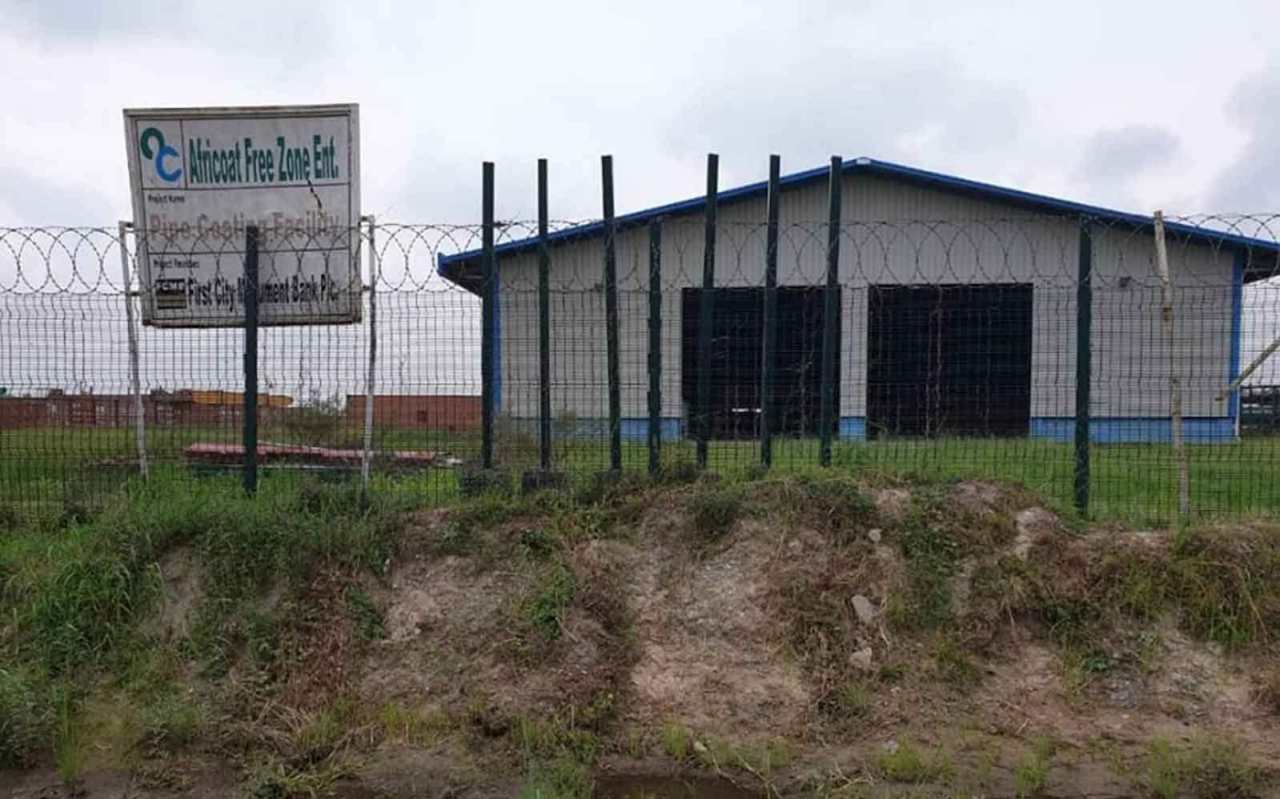 Africoat, a Nigerian-registered pipe-coating company with United States citizen ownership, investment and management, is a bright hope for foreign investment in Nigeria.

But Africoat has alleged that its staff and management have been barred from Africoat’s facility by LADOL and its free zone management company – Global Resources Management Free Zone Company (GRMFZC) by virtue of their refusal to issue the requisite CERPAC visas.

Africoat claimed it paid for these over 18 months ago but after several unanswered letters from Africoat, LADOL/GRMFZC refused to act on these visas issuance.

Africoat is confident that it could be mobilised and become operational within a few weeks if consistently granted access to its facility.

Nevertheless, the inactivity of the pipe coating facility will do nothing to quell the fears of foreign business that they will be locked out of their facilities, or will have their assets seized, if they develop or invest in the free zone.

On July 12, 2019 the arbitral tribunal in Lagos finally had the first hearing in Africoat’s claim against LADOL.

This acrimonious dispute, in which Africoat alleged unlawful and monopolistic conduct, is the latest allegation brought by a foreign business operating in the LADOL free zone against the managers of the zone.

However, the impact of this dispute will be felt outside the arbitration tribunal, and outside Nigeria.

The dispute strikes another blow to the Nigerian Government’s aspiration to attract foreign investment into the country. It is understood that the issues between Africoat and LADOL have been brought to the attention of the United States of America diplomatic mission in Lagos and Abuja.

The outcome of this dispute would seem to have a long lasting effect on the recommendation of US citizens investing in Nigeria’s private sector.

The dispute between Africoat and LADOL relates to service agreements granting Africoat space at the free zone to carry on its highly skilled pipe-coating business.

It also alleged that LADOL made wholly unjustified demands for fees of over $7 million. But in its defence, LADOL argued that Africoat breached Nigerian laws by stopping to make statutory payments for services provided.

However, Africoat also claims that LADOL unlawfully refused to renew Africoat’s operating licence and excluded Africoat from its own yard.

According to the US firm, this resulted in the loss of several lucrative business opportunities for Africoat, including contracts with Chevron and ExxonMobil.

Africoat’s Free Zone operating licence was later issued by LADOL after direct instructions from the Nigerian Ministry of Industry, Trade and Investment.

But Africoat alleged that it has remained excluded from its facility. So, renewing Africoat’s operating licence has made no practical difference to its operations, as LADOL has refused to renew Africoat’s lease and services agreement.

This means that Africoat is unable to do business even with an operating licence. Africoat claims that this is the consequence of LADOL’s monopolistic control over the free zone.

Africoat faces battles on numerous fronts. It has sought an injunction preventing LADOL from tampering with Africoat’s equipment or interfering with its use of the yard.

Africoat argued that the injunction was necessary to protect its assets. According to the US firm, LADOL, realising that it does not have the skill or expertise to operate the equipment itself, had threatened to seize and sell the equipment in the yard.

Whatever the merits or demerits of this case may be, an important point is that all the problems lie with the operation of the LADOL free zone because everybody is complaining.

Africoat, and all businesses operating in the LADOL free zone argued that they are at the mercy of LADOL and GRMFZC, which allegedly administer the NEPZ Act in a manner that is allegedly contrary to the Act’s intention.

The two entities were alleged to have implemented regulations that over-ride contract agreements and puts both local and foreign businesses at a disadvantage.

All the businesses in the zone argued that LADOL has abused its monopolistic position in the free zone and has acted with impunity against foreign businesses.

They argue that the federal government needs to intervene and take action now before foreign businesses pack up and leave the zone. It is feared by the operators that it would be a tragedy if Africoat were not able to re-commence operations soon.