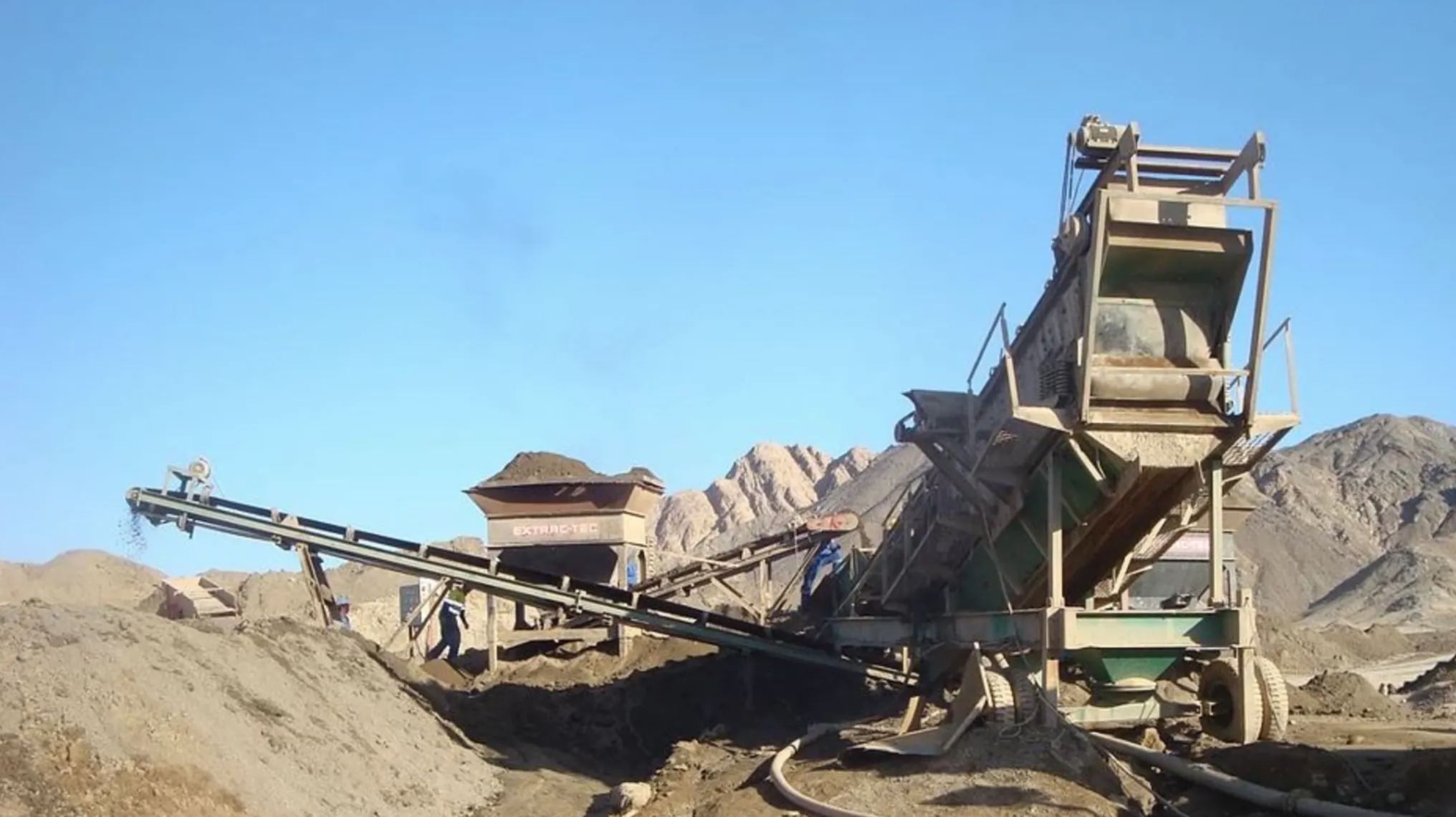 Driving along the coast of the deep-blue Red Sea in Egypt, a group of Australian mining executives had money on their mind.

It was 2002, and the top brass of Perth-based Gippsland Ltd were travelling to resort town Abu Dabbab, about 700 kilometres south-east of Cairo, to inspect a billion-dollar rare earths mine.

The plan was to mine tantulum, a mineral used in electrical circuit capacitors. With an Egyptian government agency as potential joint-venture partner, they had every reason to be optimistic.

Not so now. Seventeen years later, the company is suing the Egyptian government for potentially hundreds of millions of dollars after the military regime blocked plans for what would have been the largest tantalum mine in the world.

The Australians are seeking compensation in an international tribunal after Egypt, which was a joint partner in the venture, abruptly pulled out of the project in 2015 and sought to strip the company of its right to explore the mine.

Gippsland – which has since morphed into an ASX-listed e-sports outfit Emerge Gaming – is using a clause in an investment agreement signed with Egypt by the Howard government in 2001 to argue the country "breached a variety of obligations with respect to how they conducted themselves", according to the chair of the Australian company.

The case will be heard at the International Centre for Settlement of Investment Disputes (ICSID), a World Bank body based in Washington that hears cases brought by companies against sovereign governments.

Details of the case emerged in the same week ICSID instructed the government of Pakistan to pay more than $8 billion in compensation to a formerly Australian-owned mining company that was denied a licence nine years ago.

Mike Rosenstreich chairs Tantalum International Ltd (TIL), the company established by Gippsland to enter into a 50-50 joint venture with the Egyptian government's mining authority, Egyptian Company for Mineral Resources (ECMR).

He says the Australian firm has a "strong legal case" to seek "significant" damages due to what he labels "ridiculous" behaviour by the Egyptian government.

TIL planned to extract more than $300 million worth of rare earths including tantalum, feldspar and tin beginning in the mid-2010s.

The company struck a 10-year offtake agreement with German company HC Starck to sell about $70 million of tantalum per year.

The mine would have become the world's largest tantalum mine, producing up to a quarter of world supply. Tantalum is a scarce corrosion-resistant metal used to create electric capacitors found in phones and laptops, as well as superalloys in airplanes.

Rosenstreich indicates the mine's "billion-dollar" potential will be used as a guide to determine how much compensation is sought.

The company spent almost $60 million on feasibility studies and other preliminary works between 2004-15. Much of this outlay was contributed by Ian Gandel [who did not respond to requests for comment], son of retail mogul billionaire John Gandel who owns Chadstone Shopping Centre in Melbourne.

"It's not just about what we spent, but about what we lost – what was the opportunity our shareholders were deprived of, and that's another valuation … which is many multiples of the figure we spent … it's hundreds of millions of dollars," says Rosenstreich.

In 2004, a joint venture was entered into between Gippsland and ECMR to mine reserves in Abu Dabbab.

In the several years after 2004, according to Rosenstreich, "the company made some very significant achievements in terms of defining a very significant mineral resource, [and] completed a series of bankable feasibility studies."

The project's prospects worsened amid political instability when Egypt's president was overthrown after a violent uprising during the Arab Spring.

Democratic elections installed a hardline Islamist leader, who lasted a year before being ousted by a military coup led by General Abdel Fattah el-Sisi, who remains the Egyptian president.

"All of those things created quite an interesting environment, during which [we] battled on," says Rosenstreich.

Perhaps there was never actually an intent to allow the company to go ahead with the project.

Gandel became involved in 2010, and funded the project out of his own pocket until his departure in 2015.

"It's fair to say the company was struggling on a number of fronts ... to just nail down the feasibility and nail down the financing," Rosenstreich says.

In the years leading up to 2015, the Australians began to notice obstructionist behaviour from their Egyptian counterparts, who were responsible for securing permits and other regulatory approvals.

In 2015, as the project dragged on without reaching production phase, TIL struck an approximately $15 million agreement with Taiwanese firm Foxxtel to fund stage one of a scaled-down first year of production, which would then scale up in later years.

The Taiwanese firm required a letter of support from EMCR before it gave the go-ahead.

EMCR refused to provide the letter and set about dissolving the joint company, citing delays and poor financial performance at a smaller tin project operated by TIL to maintain cash flow.

"And there we were, at the closest point the project had ever been to being developed and they do this. Why on earth? We could have been starting site activities literally within months," says Rosenstreich.

The company believed powerful forces were behind the move to dump them from the project.

"We'd heard directly from our senior employees in Cairo that there was a high government authority putting pressure on ECMR to not provide those support letters and effectively to get us off the project and out, at any cost," says Rosenstreich.

"The military is a very significant commercial authority in Egypt."

Rosenstreich questions whether Egypt was "ever serious about allowing overseas investors the opportunity to take rewards or dividends".

"With hindsight, there's been a long process of basically frustrating the company's activities in Egypt. And perhaps there was never actually an intent to allow the company to go ahead with the project."

In a bid to reverse the Egyptians' decision in 2015, TIL approached the Australian embassy in Cairo for assistance but received a "disappointing" and unhelpful response, according to Rosenstreich.

The Department of Foreign Affairs and Trade [DFAT] would not comment on the specific case due to ongoing litigation.

DFAT also defended investor-state dispute settlement mechanisms in trade agreements, with a spokesman saying the government ensures "robust safeguards" and noting Australia has never been successfully sued by a corporation.

In a meeting with the Egyptian mines minister, who attended the meeting alone with no advisers, TIL was offered no assistance.

"He said it was a problem for the parties to sort out … we were disappointed there was not more engagement at the highest level," says Rosenstreich.

The company now exists solely to extract value from the legal claim that it hopes to return to original Gippsland shareholders.

It has engaged London-based Clifford Chance lawyers, which The American Lawyer magazine ranks as the world's third-largest.

The Egyptian government has engaged New York's Shearman and Sterling lawyers, which turned over more than $1 billion last year.

In ICSID's decision to force Pakistan to pay $8.31 billion earlier this week, it reached a final compensation figure by bundling the mine's prospective market value [$5.8 billion], more than $2 billion in late payment costs and almost $100 million worth of legal costs.

Using the same legal reasoning, ICSID may view the Abu Dabbab mine's potential to produce $300 million-plus over 10 years as grounds to force a hefty compensation payment.

TIL is hoping for the Egyptians to come to the table to avoid a protracted dispute as occurred in the Pakistan case, which took eight years.

TIL has filed initial documents to the tribunal, while the Egyptian government is yet to file materials.

"There's always a way of cleaning these things up quietly and expeditiously for both parties," says Rosenstreich.