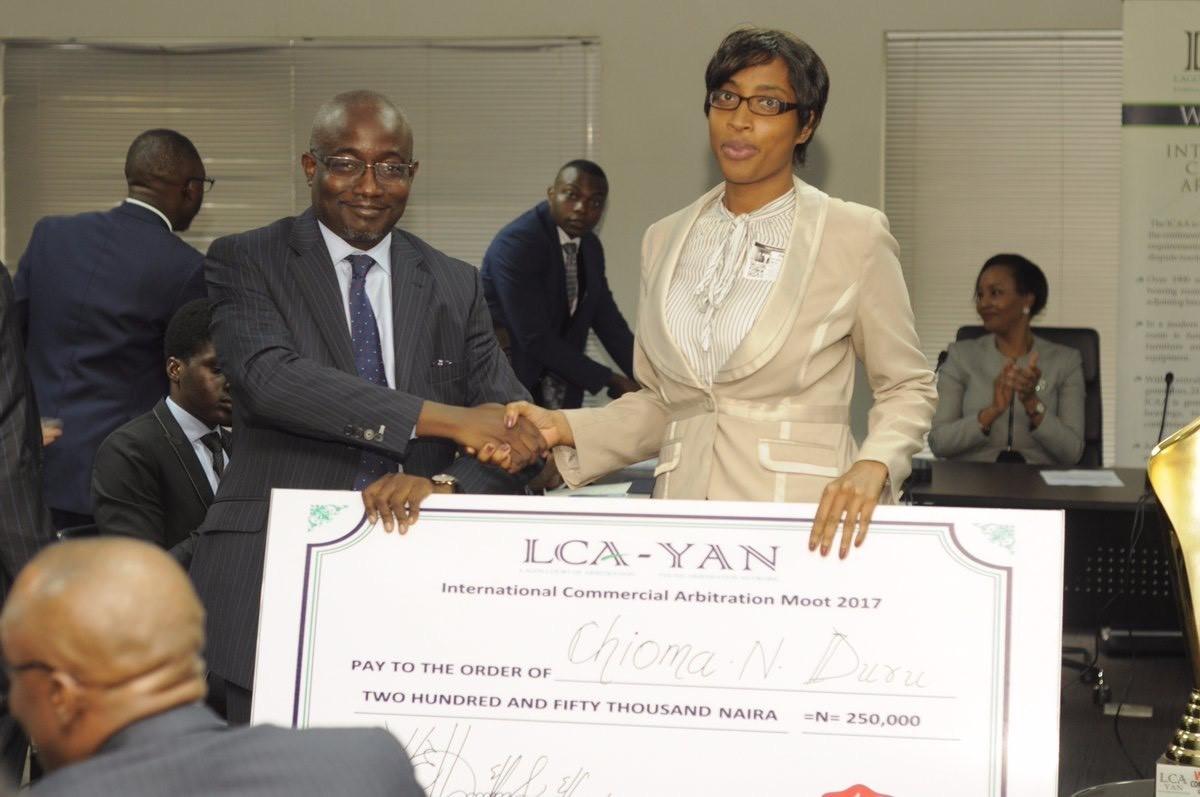 Faculty of Law, Lagos State University, has been adjudged the winner of this year’s International Commercial Arbitration Moot Competition organised by the Lagos Court of Arbitration-Young Arbitrators Network.

This was as Strachan Partners emerged winner in the law firm category.

The competition, which held at the Lagos Court of Arbitration, Lekki, Lagos, last week, also saw Efemefuna Iluezi-Ogbaudu emerge as the Best Advocate in the law firm category, while Babajide Olusegun claimed the corresponding prize in the university category.

Philip-Idiok said the contest, which was in its third edition, was getting richer as it had resulted to the University of Lagos representing Nigeria this year at the Willem C. Vis International Commercial Arbitration competition in Vienna, Austria.

A member of the panel of judges, Mrs Funke Agbor (SAN), who said she was involved in the competition for the first time, said she was proud of the performances of the participants.

“It was impressive listening to young people dissecting cases and trying to persuade the arbitral tribunal on the decision they should take,” Agbor said.