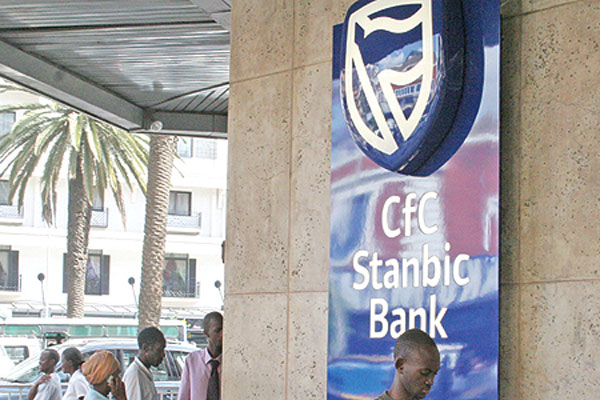 Kenya has become a battleground for firms reeling from business deals gone bad with South Sudan.

Stanbic Bank is currently fighting a Sh1.4 billion claim from Nairobi-registered Air Afrik Aviation Limited, which has accused the lender of dishonest banking.

This spat is also under probe by the Central Bank of Kenya, following a complaint by Air Afrik Aviation Limited.

In its suit, Air Afrik claims Stanbic has given two contradicting stories to justify an allegedly illegal reversal of Sh720 million that the flight operator received from South Sudan as payment for a tender.

Air Afrik has now accused Stanbic of producing fraudulent entries in its bank statements. The two entries on May 30, 2016 were made to show that Air Afrik wired the Sh720 million in dispute back to South Sudan.

The flight operator expected the money as payment from South Sudan for charter services to Juba’s Defence and Veteran Affairs ministry.

The flight operator says Stanbic first blamed the reversal on an attachment order against South Sudan’s bank accounts in Kenya, before arguing that the Sh720 million had been remitted in error.

Air Afrik holds that Stanbic’s story changed after a threat to sue, which the flight operator now insists is evidence of dishonest banking.

The attachment order in question stemmed from a long-drawn battle between Khartoum-based Active Partners Group and the South Sudan government over a botched electrification contract.

In 2015, an arbitration panel ordered South Sudan to pay Active Partners Sh4.2 billion as compensation for pulling the plug on the contract.

Active Partners then asked the Milimani High Court to allow it attach South Sudan’s accounts in Kenya, and an order was granted on February 9, 2016.

A day earlier, Stanbic had remitted Sh720 million in Air Afrik’s account on the strength of a credit advice note — a document from a customer instructing his or her bank to pay someone else — from South Sudan.

Stanbic says the credit advice note was not backed by any funds, and that it deposited its own money in Air Afrik’s account.

South Sudan last year withdrew all money it had in Kenyan banks and deposited in undisclosed offshore accounts to avoid further attachment.

At the time, Active Partners had attached nearly Sh2 billion that South Sudan held in Stanbic and Citibank.

However, Stanbic has denied Air Afrik’s claims, saying the Sh720 million was deposited in error.

The lender says it was not legally bound to use its own money to settle dues owed by South Sudan, and that Stanbic was within its rights to recover all funds involved in the transaction.