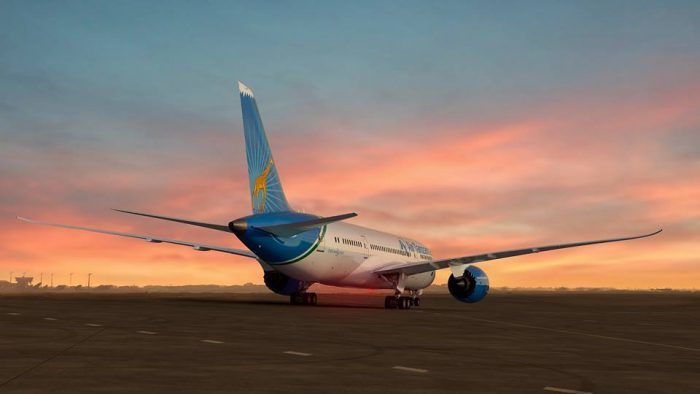 The Air Tanzania Airbus A220-300 that was impounded in South Africa on August 23rd has now been ordered to be released by the Gauteng Lower Division Court in Johannesburg.

The Air Tanzania A220 was seized in Johannesburg on August 23rd and released September 4th. Photo: Air Tanzania The aircraft registration number 5H-TCH was on a scheduled flight to Johannesburg OR Tambo International Airport when it was seized. Before the Air Tanzania, Airbus A220 was able to leave on the return leg to Dar es Salaam, the aircraft was denied permission to take off after a South African court ordered it seized.

Why did South Africa seize the plane?

It turns out that the seizure of the plane was to do with a debt owed by the Tanzanian government.

Air Tanzania will hope to get their Airbus A220 back into service as soon as possible following the court ruling.

According to The East African, the seizure of the Air Tanzania jet was carried out after Hermanus Steyn, a Namibian born farmer, claimed he was owed millions by the Tanzanian Government.

During the 1980s Tanzania nationalized a privately owned seed and bean farm owned by Steyn and took everything, including 12 small aircraft and 250 vehicles.

In the 1990s Steyn won a lawsuit against the Tanzanian government and was awarded $33 million in compensation. Despite the court ruling, the government only paid him $20 million, $13 million short of what they were supposed to pay.

After having accrued interest over the decades, this unpaid balance now stands at $33 million, according to Steyn’s lawyer Roger Wakefield of Werksmans Attorneys.

Steyn has been fighting for years to get the money he is owed Wakefield, who specializes in cross border disputes, claims that his client was declared a prohibited immigrant in Tanzania and is now forced to live in another East African country.

Steyn must now pay all court costs after losing his case against the Tanzanian Government.

“Literally after decades of broken promises, promises to pay, acknowledging the indebtedness, the plaintiff was left with no option, he came to me,” Wakefield told France 24. “The only way that the aircraft can now be released is if they pay the debt or if they put up security for the claim.”

Why did the court throw out Steyn’s claim?

In his ruling on the matter of the seized Air Tanzania A220, Judge Tawala said the following according to The Citizen:

“I am of the considered view that the arbitration award ceased to exist on May 3rd, 2011 after it was made a court order. I hold the view that when the parties concluded the deed of settlement, the compromise it was in relation to the court order of May 3, 2011, and there was no arbitration award in existence at the time.”

Judge Twala also let the court know that he agreed with Judge Phillip J’s ruling of 2018 that said that when a deed of settlement is agreed upon, any claims prior to that are abandoned.

“I am therefore satisfied that this court does not have jurisdiction to attach the property of the client to confirm or found jurisdiction based on a court order of a foreign court.”

He also confirmed that he was in agreement with the Government of Tanzania and that Mr. Steyn would be required to pay the costs associated with his lawsuit.

The Tanzanian defense team had argued that a South African court did not have the jurisdiction to rule on a case that had already been before the courts in Tanzania.

“The order can only be executed on the Tanzania soil as confirmed by Judge B.K.Phillip of the Tanzania Commercial Courts because there is already a court order in Tanzania,” said Mr. Victor Nkhwashu who was representing the Tanzanian government.