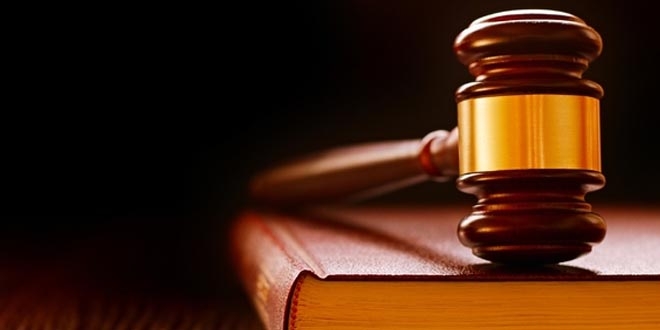 The British company that got a $9 billion judgement against Nigeria has a history of business dealings in Nigeria, a court document seen by PREMIUM TIMES shows.

The P&ID is the British engineering firm at the centre of the recent controversial $9 billion arbitral award by a UK court against Nigeria.

The document is a First Witness Statement by the Chairman of P&ID, Michael Quinn, filed before the arbitration tribunal.

In the statement, Mr Quinn gave detailed background to the conception, and negotiation for the gas contract involving top representatives of key government agencies in the oil and gas industry.

NAPIMS is the NNPC subsidiary responsible for representing all government’s equity investment interests in the joint ventures in the country’s oil and gas industry.

Also, identified as central to the contract negotiations is one of the International oil companies and joint venture partner to the NNPC, Addax Petroleum.

It was from an Addax oil field that P&ID was expected to get the gas required to run the failed gas processing facility.

Following the UK court’s final award against Nigeria a fortnight ago, several top government officials issued statements to reject the award, which they described as a conspiracy by a ‘shadowy firm’ to inflict economic damage on Nigeria.

The Minister of information and Culture, Lai Mohammed, said last Thursday in Abuja during a media briefing that the government’s concerns were primarily about “the underhanded manner in which the contract was negotiated and signed.”

“Indications are that the whole process was carried out by some vested interests in the past administration, which apparently colluded with their local and international conspirators to inflict grave economic injury on Nigeria and its people,” Mr Mohammed said.

Also, the Attorney-General of the Federation and Minister of Justice, Abubakar Malami, said conception, signing and execution of the contract to supply gas did not involve either the IOC’s or NNPC.

Equally, the Governor of the Central Bank of Nigeria (CBN), Godwin Emefiele, said there was no evidence in the apex bank’s records that the contractor invested about $40 million in the botched project.

“We have gone through our records, we don’t have any information to show this company brought in one cent into this country,” the CBN official said.

A detailed review of the First Witness Statement revealed that prior to the controversial gas project, P&ID had undertaken other business contracts in Nigeria.

Apart from being incorporated on May 30, 2006, as a business with address at Tortola, in the British Virgin Islands, P&ID Nigeria Limited was also incorporated on July 21 of the same year In Nigeria, with its registered Nigerian offices at 12, Vaal Street, Off Rhine Street, Ministers Hill, Maitama, Abuja.

The project for gas pressure vessels located in nine sites across Nigeria was executed under the NNPC“Butanisation Project” to prompt domestic use of gas in the country.

Also, findings showed the company was involved in the $57 million contract for the mechanical, engineering and instrumentation installation and commissioning for the onshore aspect of the NNPC Bonny Island Export Terminal at Port Harcourt Refinery.

Other projects P&ID was found to have been involved in include the design, procurement, construction, installation, burial, commissioning and start-up of the Odidi Submarine Power (33 & 11 kV) and Fibre Optic Cable (36 Fibre Bundle) for Shell Western Division.

The $53 million contract entailed 33 km of 33 kV cable and 76 km of 11 kV cable laid through Niger Delta Swamps at depths of between four and 36 metres.

Other contracts include the procurement and construction work for the refurbishment of all fiscalisation, pumping and out loading facilities of Shell-Western Division’s Crude Loading Platform off the coast of Warri. The $18 million contract also includes the replacement of all utility fire and safety facilities and equipment, together with the complete rebuilding of the accommodation and communications module.

The firm also acted as the technical partner in a $16.7 million close-out audit on the $2.97 billion Bonga Field Development on behalf of NNPC and Shell, to determine the reasons for time and cost overruns of more than $1 billion on the project.

Mr Quinn said it was due to his company’s track record in projects of this nature, that they were awarded contracts to conduct feasibility studies in various oil and gas projects in the country.

The projects include a feasibility and build-ability study for the $69 million. Cawthorne Channel gas Gathering Project and the associated cable and fibre-optics network by Shell Eastern Division.

A similar project was the feasibility and build-ability study for the cable and fibre-optics network for the Ubie Gbaran Gas Gathering Project.

Again, the company handled $78 million feasibility and build-ability study for the cable and fibre-optics network for the South Forcados Gas Gathering Project for Shell, with special emphasis on overcoming shallow water conditions and narrow waterway channels.

P&ID also handled the $84 million. build-ability study for the cable and fibre-optics network for the Shell Albatross Gas Gathering Project in Gabon, West Africa, including the provision of design services for specialist cable handling and lay equipment and subsequent construction supervision of the local contractor.

How controversial contract was conceived

Mr Quinn said the contract was conceived during the tenure of the late former President Musa Yar’Adua, who doubled as the Minister of Petroleum Resources.

He said the idea of the project was first introduced to the then permanent secretary at the State House.

When P&ID proposal was being considered, Mr Quinn said he identified the Special Adviser to the President on Energy and Strategic Matters then as the late Rilwanu Lukman.

He said he also approached Mr Lukman and discussed the project with him.

On August 7, 2008, he said P&ID wrote to Mr Yar’Adua on a formal proposal for the project to be implemented.

The company was subsequently invited to meet the president, who, he said, directed that a presentation be made to the Minister of State at the Ministry of Petroleum Resources.

He said P&ID made the presentation to Mr Odusina and the Ministry of Petroleum Resources in October 2008.

Following his reappointment as Minister of Petroleum Resources on December 18, 2008, Mr Quinn said Mr Lukman in early 2009 directed P&ID’s proposal be further examined by the government.

P&ID was reportedly invited by the Special Technical Adviser to the Minister, Taofiq Tijani, to represent to the Minister for Petroleum Resources on February 24, 2009.

After the presentation, Mr Quinn said several top-level meetings were held involving the Ministry, NNPC, DPR, NAPIMS and Addax Petroleum to come with the gas sales and purchase agreement.

On January 11, 2010, Mr Quinn said the GSPA was executed by him on behalf of P&ID and Mr Lukman on behalf of the Nigerian government.

However, the setback to the contract, which may have laid the foundation for the dispute and arbitration was the call to Mr Quinn in the final week of June 2012 by Debo Spaine of Addax Petroleum.

Mr Spaine informed Mr Quinn that Addax’s headquarters in Switzerland had unilaterally decided to withdraw their cooperation and wished to “undertake the development of the NAG [non-associated gas] themselves”.

On February 10, 2012, Mr Quinnn said he wrote to the then newly-elected President, Goodluck Jonathan, to solicit his support.

He did not say what Mr Jonthan’s response was.

A similar letter was reportedly written in May 2012 to the then petroleum minister, Diezani Alison-Madueke.