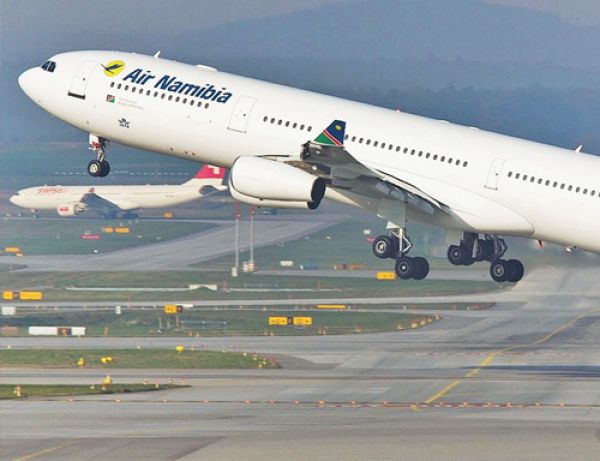 The Air Namibia board and management have been forced to go cap in hand to local lawyers representing a Belgian company, Challenge Air SA, after the flag carrier recently lost a case in the Windhoek High Court in which it challenged Anicet Baum’s appointment as the sole liquidator and receiver of the busted plane lease company.

Sources close to the matter told the Windhoek Observer this week that Air Namibia lawyers represented by Elia Shilongo wrote a letter this week to Challenge Air SA legal representative Sisa Namandje requesting a meeting to discuss how the airline intends to pay outstanding hundreds of millions that it owes the European company which was liquidated in 1998.

The request for a meeting is a major climb-down for Air Namibia which had previously refused to recognise and negotiate with Baum and his local representatives led by Wilhelm Shali and Sisa Namandje.

In July, the Windhoek High Court ordered that Baum’s appointment in terms of the Laws of Belgium, as the sole liquidator of the bankrupt Challenge Air SA. is granted recognition in Namibia to pursue litigation against Air Namibia and its former parent company, TransNamib Holdings.

The court also confirmed that Baum, as the sole receiver and curator of Challenge Air S.A., shall be entitled to initiate and where appropriate prosecute any court proceedings in Namibia against Air Namibia and TransNamib for the recognition and enforcement of an award made in favour of the liquidator.

Before last month’s ruling on the 21-year-old claim, Challenge Air had initiated attachment proceedings in Germany based on the German enforcement order it had already secured.

The attachment proceedings, which were enforced across Europe, has resulted in Challenge Air netting about €14 million (N$236.1 million) which crippled Air Namibia’s operations, according to sources in the know.

Air Namibia spokesman, Paul Nakawa, was forced to admit in June that the frozen funds in Europe had caused a severe liquidity problem at the airline leaving it with no option but to cancel and scale down on regional and domestic flights.

The Windhoek Observer has seen an internal memo written to the Air Namibia board by interim Chief Executive Officer Xavier Masule in which he put together a negotiating team as suggested by the chairperson of the board of directors Advocate Deidre Sauls-Deckenbrock.

The team was assembled to initiate settlement negotiations with the nominated Challenge Air representatives in Namibia. The negotiating team held its first meeting on 6 August to prepare for negotiations.

Air Namibia has been embroiled in a messy financial challenge with Challenge Air which could see its assets in Germany, Namibia and South Africa attached because of a N$421 million legacy award against it in Europe due to a plane lease agreement dating back to 1998 that is in dispute.

Working on instructions from Shali and Baum who have been duly authorised to represent the Belgian company, Challenge Air SA, which is currently in liquidation, Namandje wrote to the Minister of Works and Transport, John Mutorwa last year threatening that failure by Air Namibia and TransNamib to settle the N$421 million legacy award could have far-reaching consequences to the airline and its former parent company TransNamib.

Namandje is demanding on behalf of his clients that Air Namibia and TransNamib to honour their payment obligations following a €25 million (N$421.6 million) award made at the Arbitration in Paris, France on 4 August 2011 which was also confirmed by the Munich Regional Appeal Court on 12 January 2015.

In the letter to Mutorwa, Namandje said he will be forced to apply for civil recognition of his client’s award against the two public entities and or its shareholders should payment not be made within the next 10 days, a deadline that has long since lapsed.

“Kindly revert to us with a reasonable and amicable proposal as to how this matter could be amicably resolved without resorting to execution which will have far-reaching consequences to both Air Namibia and TransNamib,” Namandje wrote in his letter dated 11 October 2018.

Air Namibia said in a statement earlier this year that the recent steps taken by Challenge Air in Europe, despite the outcome of the proceedings in the Namibian High Court still being awaited, has caused financial prejudice to the airline aimed at exerting pressure.

Challenge Air disagreed and hauled Air Namibia in front of the German courts in an attempt to recover the €25 million Euros otherwise promised by the completed lease period.

According to Air Namibia, the two parties signed a maintenance and crew support agreement on 26 March 1998, but after that Air Namibia discovered that the aircraft leased was defective and Challenge Air was unable to rectify the defects.

Four months later, on 27 July 1998, the maintenance and crew support agreement was cancelled by Air Namibia, and a day after, Challenge Air SA was placed under liquidation.