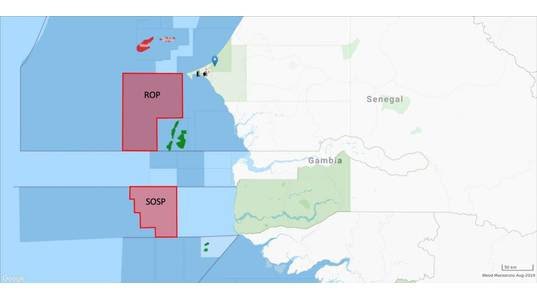 PetroNor Opts for Arbitration in Senegal

Listed independent oil and gas exploration and production company PetroNor E&P has said its subsidiary, African Petroleum Senegal Ltd, will continue on the path of seeking a resolution to the outstanding dispute over block Senegal Offshore Sud Profond (SOSP) permit in Senegal either through independent channels of arbitration or a satisfactory settlement agreement among all interested parties.

The Oslo Axess-listed PetroNor said in a statement on Tuesday, November 5 it had taken note of reports that the Senegalese government had included SOSP among the three offshore blocks on offer as confirmed by the country’s Oil Minister Mahamadou Makhtar Cisse “in a recently launched licensing round covering all open blocks in Senegal’s offshore area.”

In spite of the announcement, which PetroNor says “was issued by the relevant authorities at the Africa Oil Week conference in Cape Town today (November 5)”, its subsidiary, African Petroleum Senegal Limited, “remains in arbitration proceedings with the Government of Senegal and continues to reserve its rights to a 90% operating working interest in SOSP.”However, the company, which has five licenses offshore Senegal, Republic of Congo and The Gambia, with a combined 2P reserves of 10.89

MMbbls and average production of 2300nbopd, said its latest update “has no impact on the arbitration process and the Board of PetroNor remains steadfast in its legal position, and looks forward to having the matter resolved through either the independent channels of arbitration or via a satisfactory settlement agreement in the interest of all parties.”

And in South Africa early this week, Minister Cisse was quoted saying: “We are launching today for the first time in the history of petroleum exploration in Senegal a licensing round of three blocks of sediment basin.”

Senegal, which in 2014 and 2016 made key oil and gas discoveries in the Sangomar and Saint-Louis blocs respectively, had pushed back the licensing round from early October to November 4 in what the minister told Reuters was the necessity to “ensure the legal framework for investors.”

Back in 2017, PetroNor had informed its shareholders that the government of Senegal was “considering the Company’s proposal to extend the SOSP licence for a period of 18-24 months in order to allow additional time to acquire 3D seismic and to drill an exploration well on the block.”

But, the company, which has already acquired 13,400sq km of 3D seismic data, said the extension was pegged on African Petroleum Senegal Ltd “bringing in a suitable partner on the licence and to this end, the management team will commence discussions with a number of companies who had expressed interest in farming into SOSP but were restricted from entering into commercial negotiations as a result of the Exclusivity Agreement that had been in place since mid-April 2017.”

The contentious Exclusivity Agreement, binds SOSP permit together with The Gambian blocks of A1 and A4 as one transaction.

Although the Senegalese government had in 2017 expressed willingness to extend the SOSP permit, the final decision was dependent on the lapsing of the Exclusivity Agreement in mid-2017 but could not take effect because African Petroleum was yet to conclusively resolve the legal rights dispute over Blocks AI and A4 permits in The Gambia.

As it stands, African Petroleum Senegal would prefer to have the Exclusivity Agreement lapse irrespective of the status of the dispute the company has with The Gambia about A1 and A4 so as to enable “the Company to enter into discussions with other interested parties in its SOSP licence in Senegal whilst it seeks to resolve the situation in The Gambia.”

Reports in late April this year indicating The Gambian government had signed an agreement with BP Plc in relation to Block A1 attracted an immediate strong response from African Petroleum which said it was not aware of any such deal and that the “Company continues to reserve its rights in relation to the A1 licence and will continue with its efforts to protect its interest in the A1 licence through the ongoing International Centre for Settlement of Investment Disputes (ICSID) arbitration process.”