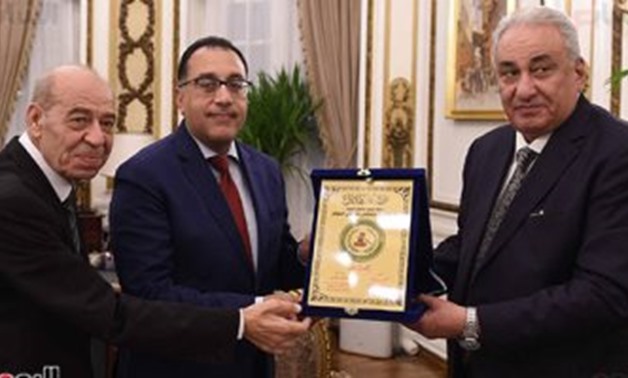 Prime Minister Mustafa Madbouli welcomed on Wednesday the decision to establish the headquarters of the Union for Arbitration in Economic Disputes in Egypt.

Madbouli wished the union success in resolving the various economic and trade disputes for the benefit of the Member States.

This came during Madbouli's meeting with President of the Arab Union for Arbitration in Economic Disputes Sameh Ashour, and Secretary General of the union Samir Zabdia.

During the meeting, Ashour briefed the prime minister on the background of the establishment of the union to be the first specialized arbitration body in economic and trade cases; the union was registered in the Council of Arab Economic Unity of the League of Arab States.

Zabdia pointed to the role the union aspires to play in the development of arbitration mechanisms, both in disputes between Arab parties and between Arab and foreign parties, through the Arab Court of Arbitration and the Mediation Center for the Settlement of Disputes.

At the end of the meeting, the president of the Arab Arbitration Union and the secretary general handed the federation's shield to the prime minister in appreciation of the role played by the Egyptian Government in enhancing the mechanisms of joint Arab action.