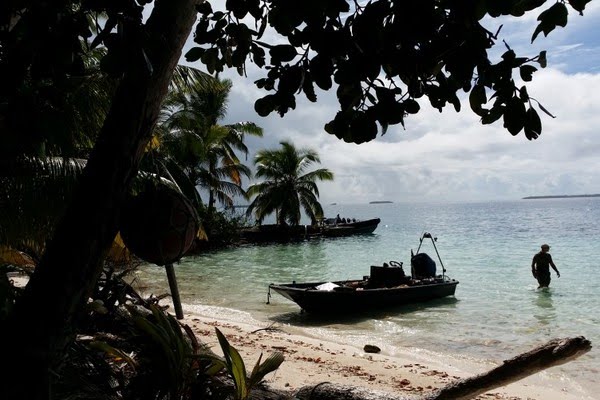 Britain separated the Chagos Islands from its colony Mauritius more than 50 years ago. The UK has defied an order given by the UN after failing to return control of an overseas territory to the island nation of Mauritius.

The United Nations overwhelmingly voted in May, based on findings by the UN’s International Court of Justice, to set a six-month deadline for the UK to withdraw from the Indian Ocean archipelago.

While not legally binding, the UN vote heaped diplomatic pressure on Britain to return the Chagos Islands, with the General Assembly backing the resolution 116 votes to six.

The government of Mauritius accused the UK of being “an illegal colonial occupant” in the Chagos Archipelago shortly after the ruling.

Britain separated the Chagos Islands from its colony Mauritius more than 50 years ago, expelling the entire population to make way for a strategic US military base.

Britain’s 1965 acquisition of the remote Indian Ocean archipelago of about 55 islands for £3 million has been disputed ever since, with Mauritius demanding its return. When Mauritius became independent three years later, the islands remained under British control, renamed the British Indian Ocean Territory (BIOT).

Jeremy Corbyn vowed to “end colonial rule” if he wins the 12 December election and accused the Conservatives of “shamefully” considering themselves above international law.

“It’s clear that in refusing to return the Chagos Islands to Mauritius and defying the UN General Assembly and International Court of Justice, this Conservative government shamefully considers itself to be above international law,” the Labour leader said.

Mauritius argues it was illegal for Britain to break up its territory. It claims sovereignty over the archipelago and demands the right to resettle former residents.

Between 1968 and 1973 around 2,000 Chagos islanders were evicted, described in a British diplomatic cable at the time as the removal of some “Tarzans and Man Fridays”.