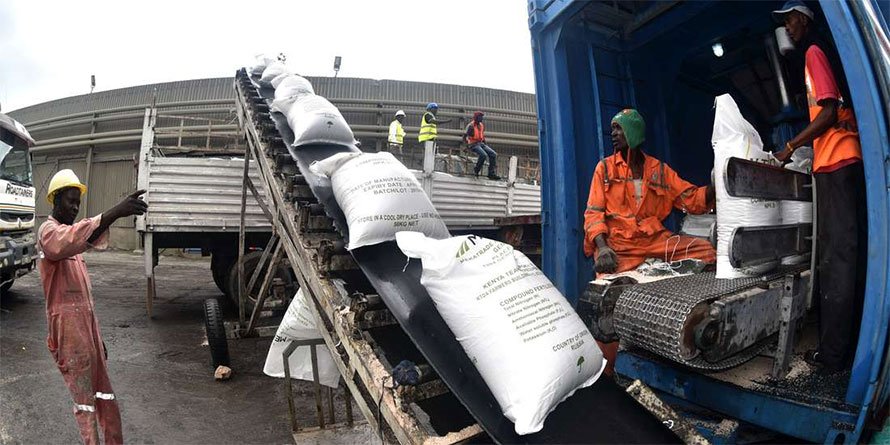 Kenyan taxpayers coughed up Sh2.48 billion to pay a Belgian bank for a botched agreement for a fertiliser plant started in the late 1970s, a State audit report shows. In the end, the plant was never built, meaning that the money went down the drain.

A report from a parliamentary watchdog indicates that the latest payment pushed the total amount of money lost over the botched Ken-Ren Chemical and Fertiliser plant to Sh6.33 billion. Kenya had earlier paid Sh3.9 billion to the governments of Australia and Belgium because it had guaranteed the construction of the failed fertilizer plant at Changamwe, Mombasa.

“The Government of Kenya has paid a payment of Euro 21.2 million (Sh2.48 billion) towards settlement of government guaranteed debts incurred in 1970 on account of Ken-Ren Chemical and Fertiliser Company,” the Public Accounts Committee (PAC) says in its latest report on government finances.

Julius Muia, the Principal Secretary at the National Treasury, told PAC that the obligation arose from a case filed at the Court of Arbitration of the International Chamber of Commerce by the Belgian bank known as Ducroire. The court found the government of Kenya liable as a guarantor and ordered it to pay Euro 21.2 million to Ducroire.

The government had entered into an agreement with a now collapsed American firm, N-Ren, to guarantee the construction of a fertiliser plant back in 1970 at a cost of Sh350 million at an interest of 8.5 percent. The debt has since risen to breach the Sh6 billion mark.

Ken-Ren was a joint ownership between Kenya and N-Ren Corporation in which the two entered into several financing and equipment procurement contracts with various Australian and Belgian banks and suppliers. The government was the guarantor.

The Treasury argues that Kenya paid the billions of shillings to avoid a negative credit rating that could injure its reputation and lock it out of international debt markets.

“Even though the full amount of the debt is now settled, the committee is deeply concerned that government spent such colossal sums of money on a project which did not take off and against which no value for money was achieved,” Opiyo Wandayi, who chairs PAC, said in the audit report.

The debt obligation arose from the agreement that Kenya signed with the collapsed N-Ren to guarantee the construction of a fertiliser plant at a cost of $42.8 million (Sh4.28 billion). Under the deal, the government and N-Ren Ltd entered a joint venture to form a company registered as Ken-Ren Chemical and Fertilisers Company Limited, which was to manufacture fertiliser for domestic consumption and export markets.

On the advice of N-Ren, Ken-Ren then entered into several financing and equipment procurement contracts with two Australian and Belgium banks and suppliers, with Kenya as the guarantor. The suppliers of equipment and machinery were Coppee-Lavalin of Belgium and Voest Alpine of Australia. However, the fertiliser factory project failed to take off and Ken-Ren was subsequently placed under receivership in September 1978, with the Registrar-General appointed as the official receiver and provisional liquidator.

Kenya still harbours ambitions of building a fertiliser plant to help cut import costs and reduce subsidies needed to make manure affordable for poor farmers. Farming accounts for a third of Kenya’s annual economic output, but the high cost of fertilizer means farmers rely on subsidies or avoid using them, which hurts output. The government spent about Sh5 billion annually to subsidise fertiliser.

Kenya is seeking to develop oil reserves found in recent years, and produce hydrocarbons. Ammonia for fertilisers can be produced from hydrocarbon feedstocks such as natural gas and oil.

Payment of the billions of shillings for the non-existent fertilizer plant comes in a period when the government in struggling to balance its budget, prompting austerity measures. The review of the budget comes at a period when the Kenya Revenue Authority (KRA) has missed tax targets in a business environment plagued by job cuts and reduced corporate profits.

Kenya experienced tax shortfalls of Sh60.2 billion in the three months to September and internal revenues from fines, payments for passports and marriage fees were below target by Sh24.4 billion.