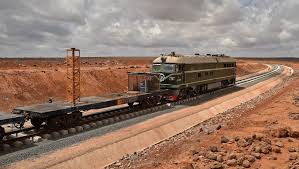 After a €20 Million award was made in favor of the Claimant Consta Joint Venture in a PCA arbitration seated in Addis Ababa, the Defendant, Chemin de Fer Djibouto-Ethiopien appealed the decision before Ethiopian courts.

The Defendant appealed before the Cassation Court of Ethiopia citing a fundamental error of law stating that the arbitrators have misunderstood and misapplied Ethiopian Law which was the governing law of the arbitration.

The Cassation Court has now issued a stay of execution on the award until it makes a final decision. It is to be noted that the award was made by a majority vote and one of the arbitrators has written a dissenting opinion.

The dispute concerned a repair works contract financed by the European Development Fund and was filed in July 2013.

The members of the Arbitral Tribunal are:

Consta Joint Venture is represented by: