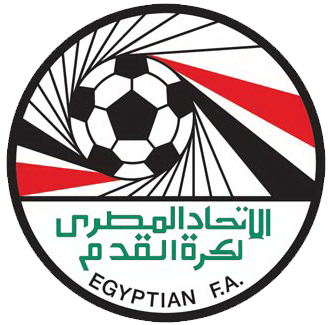 Egypt FA to appeal to Court of Arbitration for Sports

Egyptian Football Association (EFA) have lodged a formal complaint after the results of FIFA’s special June ranking. A special FIFA June ranking system was released on the 9th of June, which saw Egypt drop two spots in that specific ranking and consequently saw themselves out of Pot 1 for African the World Cup Qualifiers, with Tunisia replacing the Pharaohs.

KingFut exclusively revealed that the EFA were set to lodge a formal complaint to the Court of Arbitration for Sports (CAS) and they have taken the first step by contacting FIFA and CAF officials, Gianni Infantino, Issa Hayatou and Fatma Samoura to take action before they take go to CAS.

Revealed below is the transcript of the EFA’s full message to the officials.

Subject: Complaint from the SPECIAL FIFA Coca-Cola ranking system of the African World Cup Qualifiers for the 2018 FIFA World Cup Russia – 3rd round

On the occasion of the drawing of lots that will take place in Cairo on the 24th of June 2016, we would like to issue a complaint in regard to the system of the ranking of teams following the decision of the special FIFA Coca-Cola ranking.

We would like to draw your kind attention to the following facts:

2. On April 5, 2016, the Egyptian Football Association was informed with this so-called special FIFA Coca-Cola ranking (Annex 1). The question is: What was the reason for all this delay in time to decide on the special FIFA Coca-Cola ranking despite that the dates of the fifth round for the Africa Cup of Nations 2017 have already been set and previously known even before setting the date of the draw of the third round last November?

3. As per the provisions of article 20 paragraphs 1 & 3 of the Regulations of the FIFA World Cup 2018, it is stipulated the following:

B. The date, the venue and the system of the draw of the third round of the qualifiers to the World Cup will be announced following the second round which is in November 2015.

And indeed the date was fixed on the 24th of June in Cairo in order to conduct the draw.

Hence, the usual procedure is that the last ranking of the national teams is taken into consideration before the draw, which is the ranking of June 2nd in which Egypt, was ranked fifth in the Africa. Therefore, we kindly ask you to clarify to us why was a special FIFA Coca-Cola ranking decided upon on the 5th of April, which is contradictory to the said articles of the FIFA World Cup Regulations.

4. As per Annex 1, it was stated that the dates around 8th to 10th June were set to be the dates to release the special FIFA Coca-Cola ranking. The usual procedure while publishing the international ranking of the national teams is according to the ranking on the day where the announcement was made.

It is with a huge surprise that we learnt that the ranking was done on June 7th, was published to the media on June 8th before informing the Egyptian FA with it on the 9th of June.

Seeing that the national teams’ points are so close, and assuming that the victory of the three competing teams for 5th place in their 5th round of the African Qualifiers. Considering also that this same day was not set to announce the ranking, this directly affected the ranking of the three national teams which is due to the different date of calculation made, unlike the announcement date of the ranking, which affected the concept of equality and fair play between the teams and accordingly, the identity of the team sealing the fifth place will differ from the day where the announcement will be made as follows:

5. The principal of the concept of the special FIFA Coca-Cola ranking was to take into consideration the performance and ranking of the teams after the fifth round of the Qualifiers of the Africa Cup of Nations.

Yet, we were surprised to learn that Egypt dropped to seventh position in the ranking of African teams which is contradicting with the concept of taking into consideration the usual regulatory fair concept of ranking with the new special FIFA Coca-Cola ranking decision.

6. Egypt’s position in May’s ranking, June’s ranking and even July’s next ranking is in the fifth place. This is the usual normal ranking, hence the question remains, why is Egypt ranked in seventh place just for taking into consideration the special FIFA Coca-Cola ranking released on a specific day which is out of the period set by FIFA for the announcement of the ranking (8-10 June’s), yet the date of the 7th of June is not in conformity with any of the announced dates relative to April 5 regarding the setting dates of 8th to 10th June 2016?

7. Preceding the above, we kindly ask your esteemed office to kindly reconsider the criteria of the special FIFA Coca-Cola ranking that was decided on June 7th, and to refer to the ranking of June 2nd as it is the date set by FIFA which is referring to the last ranking before the draw OR to refer the ranking to the next date of July 14th and to postpone the Drawing of lots.

Finally we would like to inform you that we strongly believe in the transparency of FIFA and the new reforms under your supervision as President of this organization in order to avoid repeating such issues in the future. Furthermore, we are certain and confident that FIFA is always keen, care about Fair Play and the right & eligibility of the participation of its teams.

While thanking you in advance for your kind cooperation and understanding, kindly accept Dear Mr. President, our most respected regards.