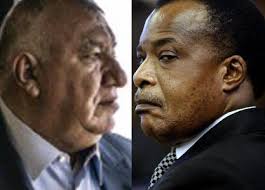 The Court of Appeal of Paris has confirmed on Thursday the decision by the Court of Cassation a little more than a year ago regarding the seizure of assets in France of the Republic of Congo. The framework of the dispute spans more than twenty years and is between the Republic of Congo and the Congolese company, Commissions Import Export SA owned by a Lebanese businessman, Mohsen Hojeij.

The Court of Appeal of Paris, the highest French court, has ruled that the 2011 seizures of Congolese bank accounts in France as "valid and regular".

The Republic of the Congo (Congo) and Commissions Import Export SA (Commisimpex) signed a series of contracts for public works in the 1980s. In 1992, the parties entered into a memorandum of understanding regarding the payment of the Congo’s outstanding debts. In March of 1993, the Congo issued a letter of in which it waived its right to “invoke, in the context of the settlement of a dispute relating to the undertakings which are the subject of this letter, any immunity of jurisdiction as well as any immunity of execution”.

In December 2000, an International Chamber of Commerce (ICC) arbitral tribunal appointed under the memorandum of understanding issued a €210 million award in favour of Commisimpex. .Commisimpex sought to enforce the 2000 award and in October 2011 obtained the attachment of a number of accounts held in the name of the Congo’s diplomatic mission, and delegation to UNESCO, in Paris.

In a 2012 judgment the Court of Appeal confirmed a lower decision ordering the discharge of the attachments on the ground that, under customary international law, diplomatic missions benefit from an autonomous form of immunity from execution, which can only be waived in an express and specific (expresse et speciale) manner. The court found that the March 1993 letter did not satisfy this test. The decision has now been reversed by the Court of Appeals’ current ruling.

Although the 2000 ICC award was for €210 million the amount currently sought against the Republic of Congo has now reason to €900 million.