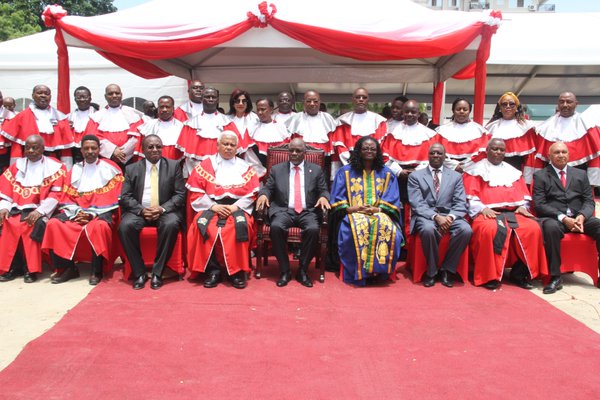 Arbitration awards can be fast tracked

THE Chief Justice (CJ), Mr Mohamed Othman Chande, has assured the Tanzania Institute of Arbitrators (TIA) that the judiciary will continue to fast track the timely disposal of the registration of arbitration awards filed before the court for enforcements, as court decrees.

“It is satisfactory to note that of the 43 petitions for the enforcement of arbitration awards filed in the High Court’s Commercial Division between 2012 and 2016, only three are pending for necessary orders,” the CJ told the TIA Seventh Annual General Meeting in Dar es Salaam yesterday.

The head of the judiciary explained that arbitration and other Alternative Dispute Resolution mechanisms in commercial, construction, labour and other disputes has a solid legal foundation under Tanzanian laws.

“They must continue to hold a respectable pace in affording increased access to justice, expedient resolution of disputes and ensure respect of the rule of law. In our situation, it serves no useful purpose to set as rivals or in opposition, courts and arbitration,” the Chief Justice pointed out.

According to him, while the quest whether one favours arbitration or court adjudication may still be an arguable subject and for a time to come, he though the succinct words of Lord Thomas, the Lord Chief Justice of England and Wales summed it very well: “The debate is a false one. Whether to litigate, arbitrate or for that matter mediate, a dispute will rest on many factors.

What is good for one dispute may not be for another --- Arbitration and the Courts work well together.” In his part, the Chairman with the Tanzania Institute of Arbitrators, Eng Kesogukewele Msita, briefed the Chief Justice on the historical backgrounds of the institution on the way it was operating in the country.

In 1995, he said, the National Construction Council (NCC) consulted the Attorney General’s Chambers and the Tanganyika Law Society regarding the establishment of a multi-sectoral and commercial arbitration institution.

Eng Msita said therefore that on July 6, 1995, the NCC organised a brainstorming meeting involving 20 invitees, which subsequently formed the Steering Committee, to develop a framework for the settlement of all types of commercial disputes.