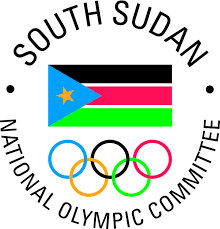 A legal challenge has begun in the Court of Arbitration for Sport over excluding Mangar Chuot, a Perth-based South Sudanese athlete, from the country’s Olympic team.

Chuot, 26, had been chosen by South Sudan Athletics Federation for inclusion on the fledgling country’s Olympic team in the 200m.

However the decision was ignored by the country’s Olympic committee. Instead, two other athletes not chosen by the federation were included on the team.

Chuot, with a personal best of 20.76 in the 200m, says he only learned he would not be competing through a third party, several weeks after the decision was made on July 4.

His Australian coach, Lindsay Bunn, and the South Sudan Athletics Federation lodged an appeal on Sunday for his case to be heard in the Court of Arbitration for Sport in Rio de Janeiro.

The South Sudan Athletics Federation has also deregistered two of the athletes chosen by the South Sudan's Olympic committee.

Mr Bunn accused Dr Tong Chor Malek Deran, committee secretary-general, of chosing Hassan because she had featured in an Olympic-themed commercial for a Samsung product.

Hassan is not the country’s fastest 200m female sprinter and was about one second slower than her countrywoman Viola Lado at the recent African Championships in South Africa.

SBS asked Dr Tong in an email: “Was Viola not selected because Samsung didn’t make a story about her for an advert?” to which he replied: “Yes, Viola have no any story to complete”.

“She (Hassan) was contracted for way Rio, she has to complete the story, while Viola did not start story,” Dr Tong wrote.

“Samsung selected her because is (sic) the first South Sudanese female Olympian (youth), participated in 2014 when she was under 17 years old, that mean she will have great future if train, that is why she is selected, although slower than Viola, (we are taking them for exposure and will plan for Tokyo 2020)”.

Chuot's coach Lindsay Bunn said it had been a disgraceful process and he was desperately fighting to at least get Chuot to Rio in time for the opening ceremony.

He said Chuot, a 200m Australian champion, had chosen South Sudan in honour of his late father Makur Chuot who had been killed in the fight for independence from Sudan.

Mr Bunn said he was worried about his star athlete’s mental health as well as his physical preparation.

“If he gets over there by Friday that would be a pretty good achievement with all that’s going on and get him to the opening ceremony,” Mr Bunn said.

“Mangar’s a pretty tough critter, so if anyone can recover from that jet lag and time difference then he can.”

Mr Bunn said he was hoping to get Chuot on the running track on Monday to keep up his form.

He said he was also working on a training program if Chuot did make it to Brazil with such relatively short notice.

It is the first time that South Sudan will participate in the Olympics. A decision on the make up of the country's athletics team is expected by Tuesday Brazilian time.