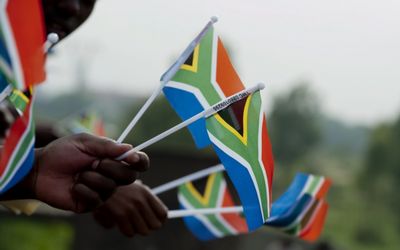 This is a long overdue first step into the modern world of commercial dispute settlement. As the Cabinet explained when endorsing the bill in April, "the international arbitration process is an essential tool for doing business across the borders of the country". Thus, the bill "will improve access to justice services for companies doing business outside the country and foreign companies in SA".

International businesses are drawn to certainty and predictability, especially in the wake of major market moves such as last month’s Brexit referendum, in which a narrow majority of the UK’s voters opted to leave the EU. It is thus an opportune time for SA to opt into the international standard for the resolution of commercial disputes, particularly as the country seeks to reverse a decline in foreign direct investment.

This was "owing to factors such as lacklustre economic performance, lower commodity prices and higher electricity costs".

Legislation with the potential to attract foreign direct investment, as well as give greater legal protection to South African investments abroad, is thus more needed than ever. One wonders, however, why it is only being introduced almost two decades after it was first drafted and more than three decades after the model law was developed.

About 20 years ago, when SA sought readmission to the global economic community after decades of enforced isolation under apartheid, it was acknowledged that much of the country’s business infrastructure had become parochial and antiquated. SA’s information technology, telecommunications and financial systems were rapidly modernised to meet the needs of inbound international enterprises, as well as to enable South African businesses to participate in an increasingly competitive global economy.

Also in critical need of renewal was SA’s legal framework for the settlement of international commercial disputes. The country’s 50-year-old act had been designed for domestic disputes and was thus, as recently explained by the Department of Justice, "deficient for an expanding international trade and investment regime".

The act gives domestic courts wide discretion to interfere with arbitrations sitted in SA, which is anathema to the efficiency, consistency and predictability that modern international businesses demand when deciding how to structure transactions.

In 1996, the South African Law Commission was requested to tackle this issue. After two years of detailed consultative and comparative research, the commission, chaired by the late chief justice Ismail Mahomed, produced a draft bill incorporating not only the Uncitral model law and the 1958 New York Convention on the Recognition and Enforcement of Foreign Arbitral Awards, but also the 1965 Washington Convention on the Settlement of Investment Disputes between States and Nationals of Other States.

This would make SA a member of the International Centre for Settlement of Investment Disputes (ICSID), where foreign investors are able to bring international arbitration claims against sovereign governments (which are normally immune from international lawsuits).

The law commission reasoned as follows: "Although SA is a developing country, its relatively strong infrastructure and position as the major economic power in the region place SA in a somewhat unique position as a country that could get a dual benefit from ICSID membership.

"On the one hand, the country is anxious to attract more foreign investment and some of the potential projects could benefit from the availability of arbitration or conciliation under the Washington convention. On the other hand, South African companies are … looking for investment opportunities in other African countries, virtually all of which are members of ICSID."

This reasoning is all the more compelling today, in light of a closer look at Unctad’s World Investment Report. This not only reveals an alarming slump in both inbound and outbound business activity, but also shows that SA’s investment outflows were three times its inflows last year.

In total, SA now hosts only $125bn worth of foreign investment stock, 30% less than it did in 2010 ($180bn) and, remarkably, 23% less than South African businesses hold abroad ($163bn). SA finds itself prematurely in the position of a net capital exporter, which simply cannot be sustained.

Contrary to the law commission’s advice, however, SA has not joined ICSID, and has adopted a firm view that the risks of facing international arbitration claims by foreign investors (after facing two under bilateral investment treaties with Switzerland, Belgium-Luxembourg and Italy) outweigh the benefits of boosting inward investment and protecting outward investment. The commission’s draft bill was thus held hostage until the end of 2015, when the Protection of Investment Act which forbids international arbitration claims by foreign investors following SA’s unilateral termination of its bilateral investment treaties with European countries was passed.

These somewhat regressive developments, ironically, cleared the path for the draft bill to be tabled this year, after amputation of the ICSID chapter. It is not known why that chapter was not simply separated from the draft bill years ago, so that SA could at least have adopted the Uncitral model law before its regional peers.

In failing to do so, SA has squandered valuable opportunities. For example, in 2007, the Hague-based Permanent Court of Arbitration selected SA to host its regional facility for Africa, but by 2009, could not wait any longer for the necessary legislative change and moved its seat to Mauritius.

Mauritius has since developed award-winning international arbitration facilities, as has Rwanda — both adopted the model law in 2008. These countries have overtaken SA in the World Bank’s Ease of Doing Business rankings, which consider the availability of arbitration among the factors making it easier for investors to enforce contracts. This year, Mauritius was placed 32nd overall, Rwanda 62nd and SA 73rd.

SA has considerable catching-up to do, but still has the potential to become a hospitable hub for international commerce and a real "gateway to Africa" for foreign investors. As the continent’s most industrialised, technologically advanced and financially sophisticated jurisdiction, boasting a robust and respected judiciary and deep capital markets, SA offers significant attractions as a prospective seat for commercial arbitration.

The draft legislation is an essential step towards this end, and its (albeit belated) passage into law should help SA avoid losing more opportunities.

By: Peter Leon and Ben Winks