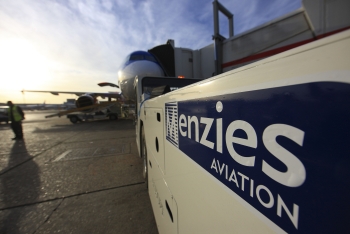 An Arbitral Tribunal at ICSID has held that it does not have jurisdiction to decide on a €41 million case brought against Senegal.

Menzies Middle East And Africa S.A. a company incorporated in Luxembourg, and Aviation Handling Services International Limited, a company based in British Virgin Islands, brought an arbitration claim against the Republic of Senegal at ICSID in April 2015.

Claimants brought claims amounting to Euros 41 633 169 and detailed below:

-2 286 735 Euros due to the undue use of investments, material and other assets by the provisional administrator, under the responsibility of the Republic of Senegal

AHS was created to meet the legal requirements laid down in Senegal, which imposed the incorporation of a company under local law for the exercise of ground handling activities in the airports of the country and to provide ground handling services in Senegal. AHS has cooperated in the framework of a strategic alliance with the British company Menzies Aviation Group Plc. More specifically, AHS has concluded with this latter a "Memorandum of Understanding" and an agreement entitled "Strategic Marketing Alliance, technical assistance and Logistics Support Agreement "The partnership with Menzies Aviation Group Plc. This partnership has been very fruitful and MMEA has operated in several countries in West Africa, Central Africa and the Middle East through its subsidiaries" Aviation Handling Services".

The Republic of Senegal argued that MMEA and AHS, as well as their parent companies are “parasitic” corporations without capital link with and usurping the name of Menzies Aviation Group. It indicates that it has had a criminal case of illicit enrichment and complicity of illicit enrichment was opened in 2013 against, among others, the founders of the AHS by the government body established to fight corruption and illicit enrichment known as Commission d’Instruction de la Cour de Répression de l’Enrichissement Illicite (CREI).

This commission has ordered "provisional measures on the property of the accused" to the designation of a provisional administrator of AHS; in this case the Firm Add Value finance. This Firm has been responsible to " perform the legal obligations of management bodies divested" and "block the transfer of funds to any other bank account or assimilated belonging to natural persons or legal entities, including MMEA and AHS ".

In March 2015, the CREI delivered a judgment condemning the founders of AHS and MMEA for complicity of illicit enrichment. The CREI has also ordered "the confiscation of all assets present of convicted persons, of whatever nature, movable or immovable, divided or undivided, tangible or intangible, including the shares of the companies of which they are financial beneficiaries".

The Claimants alleged, among other things, that the Defendant has violated the Bilateral Investment Treaty concluded between the Republic of Senegal and the Kingdom of the Netherlands, signed on 3 August 1979 and entered into force on 5 May 1981, the principles of general international law and the Senegalese law, in particular the Investment Code of Senegal.

With regards to jurisdiction of the arbitral tribunal, as to MMEA, the Claimants alleged that the jurisdiction ratione voluntatis of the arbitral tribunal resulted from the application of the most favored nation clause of the General Agreement on Trade in Services (GATS), which allows MMEA to claim access to the mode of settlement of disputes provided for in Article 10 of the Senegal – Netherlands BIT, or to the one provided for in Article 8 of the Agreement relating to the promotion and protection of investments concluded between Senegal and the United Kingdom, signed on 7 May 1980 and entered into force on 9 February 1984. As to AHS, the Claimants consider that it is covered under article 8 of the Senegal - United Kingdom BIT.

Reasoning of the Arbitral Tribunal

-With regards to MMEA

The Tribunal notes that in the course of the negotiations of the GATS, questions have been raised concerning the scope of its field of application. Thus, the Arbitral Tribunal notes that the delegations present in the negotiations have not been able to agree on the question of whether the bilateral investment treaties and the arbitration of investment were part of the field of application of the GATS. It is hardly conceivable that the Member States of the GATS have, since the last of the above mentioned negotiations, given their informed consent and non-equivocal to the application of the clauses awards contained in the BITs.

- With regards to AHS

The Arbitral Tribunal opined that the interpretation that AHS is covered by the Senegal-Royaume BIT is not reasonable and goes against the will of the States signatories of the BIT who have expressly chosen not to extend the application of the provisions of the Treaty to the nationals of the British Virgin Islands.

In an award published on August 5th, 2016, the arbitral tribunal held that:

(1) The Tribunal is not competent to hear applications for MMEA and AHS;

(2) MMEA and AHS to bear jointly and severally the entirety of the costs of the arbitration;

Mrs Rasseck Bourgi and Me Yves Nouvel represented the Claimants.

The decision published in French can be accessed here.