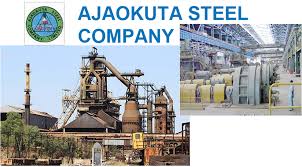 Global Steel Holdings Limited (GSHL) may have abandoned the arbitration process that it instituted at the London Court of International Arbitration, to reclaim the Ajaokuta Steel Complex from which it was sacked by the Federal Government of Nigeria.

The Director-General, Bureau of Public Enterprises (BPE), Dr. Vincent Akpotaire, and some of his directors were in London last week for the hearing of the case.

Although the BPE has not made public the outcome of the hearing, our correspondent learnt that the withdrawal of the case made possible the out-of-court mediation that culminated in the signing of an agreement between GSHL and the Federal Government at the Presidential Villa in Abuja on Monday.

By the agreement, Ajaokuta reverts to the Federal Government without encumbrances, while GSHL regains access to manage and operate the Nigerian Iron Ore Mining Company, Itakpe.

A statement issued in Abuja on Tuesday by Special Assistant (Media) to the Minister of Solid Minerals Development, Mr. Yinka Oyebode, said the new agreement required the GSHL to submit its business plan for Itakpe for approval within the next 105 days.

Oyebode said, “The submission of the business plan for approval by the Federal Government is part of the timeline agreed upon by both parties for the revitalisation of the entity.

“The submission and approval of the business plan is to come after the release of claims by the GSHL. Under the new arrangement, the concessionaire is to implement the business plan as approved by the government.”

Vice President Yemi Osinbajo had while presiding over the agreement signing ceremony on Monday, urged both parties to keep to the various deadlines contained in the agreement in the spirit of mediation.

According to the timeline released by the Ministry of Solid Minerals Development, the GSHL will within 48 hours of the signing of the agreement gain access to the NIOMCO plant at Itakpe, Kogi State for due diligence.

Also, an independent audit of the Joint Audit Report is to be carried out within the next 65 days. The terms of reference of the auditors of the audit will be to cross-check and verify the report and not to re-do the audit all over again.

The ratification of the Joint Audit Report by the Attorney General of the Federation and the GSHL is to be carried out shortly after, specifically within 80 days of the agreement signing.

The Minister of Solid Minerals Development, Dr. Kayode Fayemi, said getting NIOMCO and Ajaokuta working would move Nigeria from just being a mineral-rich country to a mining nation.

He said, “Once the first phase of the agreement is accomplished, it is the intention of the Federal Government to quickly move into accomplishing the objectives of the concession of the Ajaokuta steel plant to the most competent operator.

“Through this, we will be able to process and add value to what we have.”

The Federal Government had given Ajaokuta and NIOMCO to the GSHL as concessions but years later claimed that no significant progress had been made by the investor to turn around the companies, thereby prompting the revocation of the concessions.

This resulted in a legal battle to reclaim the companies by the GSHL.