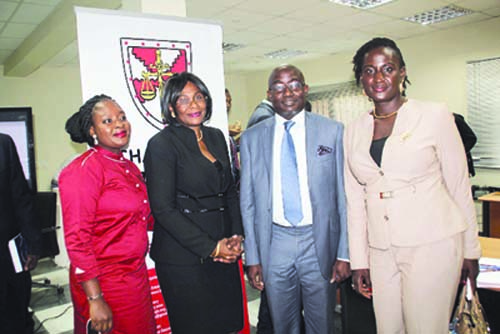 The Arbitration and Conciliation Act is due for amendment, the Chartered Institute of Arbitrators (CIArb) UK, Nigeria Branch chairperson, Mrs Adedoyin Rhodes-Vivour, has said.

Mrs Rhodes-Vivour, who spoke with reporters at the inaugural CIArb Nigeria arbitration workshop series, said the Act, enacted in 1988, was based on the 1985 UNCITRAL Model Law and the 1976 Arbitration Rules.

“Since the 1988 Act was enacted, developments on the international arena to ensure the continuing efficacy of arbitration as an effective tool have resulted in the reform of the Model Law.

“Nigeria was the first country in Africa to adopt the UNCITRAL Model Law, yet sadly an outdated Arbitration and Conciliation Law remains on our statute books,” she said.

Mrs Rhodes-Vivour said enforcement of arbitral awards is sometimes delayed due to full court dockets or by lawyers who intentionally use the system in a negative manner to frustrate the successful party.

“It is necessary that the legal system retains the mechanism for filtering awards that don’t comply with accepted standards and laid down criteria.

“I think the time has come to consider arbitration applications being restricted to either the Court of Appeal or the Supreme Court and with specialised rules.”

The workshop had as theme: Conduct of counsel in international arbitration.

“Nigeria is in a recession and each and every one of us in partnership with government has a role to play in our economic development and survival during this period.

“Arbitration and ADR activities, as well as Nigeria’s perception as a place where disputes are effectively and expeditiously resolved outside the court system, can attract foreign investment.

The guest speaker, Mr Tunde Fagbohunlu (SAN), said an arbitration clause should be well- thought-out even if a transaction is at the “honeymoon phase”, while a counsel must avoid conflict of interest.

According to him, decisions made at a preliminary meeting while preparing a case, could have an impact on it. The nature of the case, he said, also determines who is appointed as an arbitrator.

He said an arbitrator could be a positivist (law enforcer) or a pragmatist (who does justice without strict interpretation of the law), while their background – whether civil or common law – should also be considered.

Fagbohunlu said the witness’ statement must be “clear and cogent”, adding that it was better to call one witness on an issue than having a witness addressing multiple issues.

According to him, the character of a witness should also be considered to determine if they are over-confident, talkative or nervous.

To him, it is better to calm down a nervous person than to use an over-confident witness who may not listen to instructions.

“The more honest your witness, the less vulnerable he’ll be under cross examination. Tell your witness to answer questions asked and not to volunteer information,” he said.

An arbitrator should also know when to stop asking questions, he said, adding that a successful cross-examination does not depending on making the witness stammer or cry.

Fagbohunlu said it was better to attack an issue rather than the person because “tribunals tend to be uncomfortable when you’re attacking the witness”.

Other tips, he gave, were: “Don’t ask a question whose answer you don’t know; very importantly, know when to stop; where there are witnesses whose statements do not damage your case – there may be no need to cross-examine them.”

CIArb, based in 133 countries and supported by an international network of 37 branches, provides education and training for arbitrators, mediators and adjudicators.

It acts as a global hub for practitioners, policy makers, academics and those in business while supporting the global promotion, facilitation and development of all ADR methods.