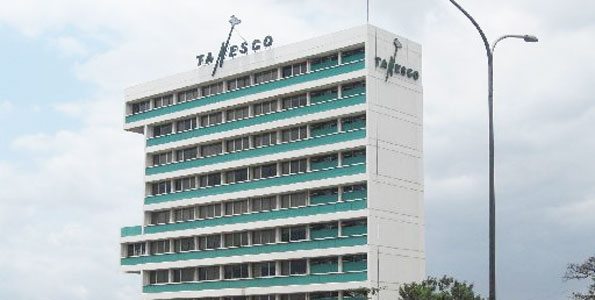 Focus Now On Magufuli After Ruling On Tanesco

The ruling is binding and Tanzania will have to pay the bank, but the ensuing debate now is on whether the government under President John Magufuli should take those found culpable in the wake of escrow scandal to account in a bid to recover the monies to be paid to SCB-HK.

Back in September 2013, the government controversially paid over Sh440 billion ($200 million) from the escrow account to Pan African Power Solutions Tanzania Limited (PAP) owned by businessman Harbinder Singh Sethi after he claimed he had acquired Independent Power Tanzania Limited (IPTL).

The escrow account was opened at the Bank of Tanzania (BoT) after Tanesco opened a suit at ICSID when it discovered it was overcharged by IPTL in capacity and energy charges and both parties agreed the payments to be directed to the account until the matter was resolved.

However, before any ruling was made, the controversial payments to PAP were made. That didn't augur well with the SCB-HK which took over IPTL in 2008 after the company failed to pay loans it took in 1998 to finance the construction of power plants. The bank, after learning that the money had been paid to PAP, took Tanesco to ICSID, and got the award in its favour. The first award of the monies to PAP became a big scandal in 2014 that shook Kikwete Cabinet to the core. However, with the recent ICSID award, Tanesco is to pay twice for the same matter, something commentators say is unacceptable.

Former Kasulu South MP David Kafulila who fought hard for the 10th Parliament to debate the scandal, said President Magufuli is in a difficult situation, but his approach to the matter will depend on how he will interpret the whole saga.

Mr Kafulila noted that the Kikwete government was adamant that the only wrong thing in the withdrawal of escrow monies was that the transactions were not taxed and moved to collect the required tax.

"If the Magufuli government is to share similar views, then there's nothing new that we are going to see. But if it will see the matter the way it is, then he will move to recover the funds stolen by PAP," he said.

According to him, the President can start with PAP owner, Mr Sethi, who he said was implicated by CAG report for forging ownership of IPTL. "The Parliament did not only direct the government to take stern action on Sethi and his accomplices; it also advised it nationalise the IPTL plants." He, however, conceded that the Parliament at that particular time did not touch on all responsible individuals due to prevailing political pressure.

"The truth is, some of the architects of this scandal are still serving in government. Back then we had a difficult time in our bid to implicate them, but now it's up to President Magufuli to take action."

"The new ruling just confirmed that the withdrawal of funds from the escrow account was dubious and now we have to pay afresh to the rightful owner of the cash. This is unacceptable, but the good thing is, the culprits are known, and the President has the powers and means to ascertain their involvement and then recover the monies from them... if they have blown away the cash, the government can confiscate their properties."

Kigoma Urban legislator and former chairperson of parliamentary Public Accounts Committee suggested that Stanbic Bank which was used to launder the escrow funds to pay SCB-HK. "The President should stand with Tanzanians and not the escrow con men."

For his part, Dr Donathan Olomi, Executive Director of Entrepreneurship Development Centre said that contract between IPTL and Tanesco has provided important lessons that big contracts involving issues of national interests must not be clouded by secrecy.