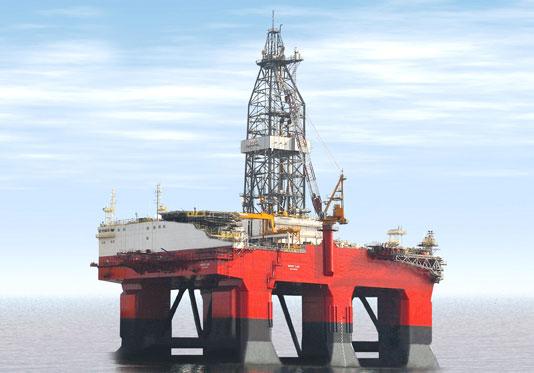 The total backlog loss disputed is approximately $357 million. The case will go to arbitration and may take about 18 months to be resolved.

This is another blow for Seadrill and Seadrill Partners LLS who owns the rig.

Seadrill Partners is a limited liability company. The company was formed primarily to own, operate and acquire offshore drilling units from Seadrill Ltd. (NYSE:SDRL).

This article updates my preceding article on SDLP on August 29, 2016 regarding the 2Q'16 results and fleet status.

Offshore drilling contractor Seadrill Partners has received a notice of Force Majeure from Tullow for its for the West Leo rig contract.

According to the driller, Tullow sent the notice effective October 3, claiming the field the rig has been hired for, is subject to a drilling moratorium by the government of Ghana.

The West Leo has most recently been employed on the TEN development project in Ghana.

The moratorium is reportedly in place due to the ongoing arbitration proceedings before the International Tribunal for the Law of the Sea ("ITLOS") to determine the delineation of a disputed border.

"The Company disputes Tullow's claim for Force Majeure and will enforce all its rights as per the contract and governing law," Seadrill said.

Seadrill said that irrespective of whether the moratorium claim is correct, additional Tullow operated fields within Ghana, where the West Leo has previously operated under the Contract, are not subject to such arbitration proceedings.

However, Seadrill Partners said, as part of its claim, Tullow has asserted that a further drilling moratorium applies to these additional fields, although no satisfactory justification has been provided.

"Consequently, Seadrill Partners strongly believes that the grounds required for a Force Majeure claim have not been met," the company added.

To remind, back in January 2013, Tullow plc exercised its contractual option to extend the contract for the ultra-deepwater semi-submersible rig West Leo by two years from May 2016 to May 2018. Under the deal, the West Leo is expected to carry out operations in West Africa until the end of its contract in May 2018.