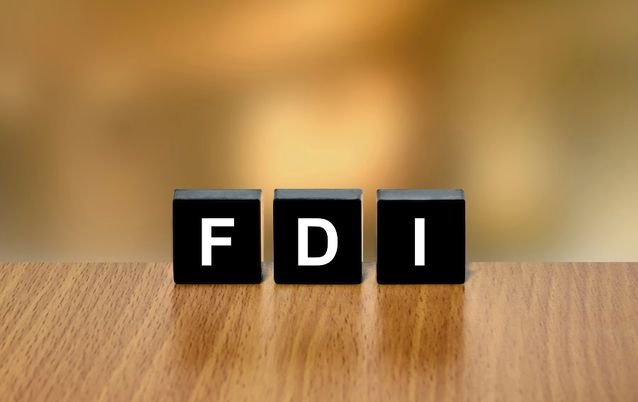 FDI: the emerging trends in SADC

THE international investment landscape has been shifting over the past two decades. Governments are increasingly realising the potential for foreign direct investment (FDI) to achieve not only economic growth, but developmental objectives as well.

This realisation, coupled with pressing global concerns such as the international financial crisis and climate change, have led to an international trend of increasing government policy space in FDI regulation, as well as the desire to formulate better coordinated regional FDI policies

As a response to growing FDI inflows into Africa, especially in the resources sector, various Southern African Development Community (SADC) countries have begun to re-examine their FDI policies with a view to aligning it with this international trend towards “sustainable” FDI.

However, an interventionist policy stance that is too strongly biased in favour of governments has to be balanced with the risk of deterring FDI altogether.

The shift in FDI approaches and its challenges has informed a recent study by the South African Institute of International Affairs, which examined current FDI trends in five SADC countries: South Africa, Botswana, Angola, Namibia and Mozambique.

Both the UNCTAD (United Nations Conference on Trade and Development) and the Columbia Centre on Sustainable Investment (CCSI) define sustainable FDI as foreign investment that achieves local social, economic or environmental objectives.

The CCSI outlines five pillars critical to sustainable international investment. The five pillars are: a transparent and mutually beneficial legal framework, a commitment to long-term planning and revenue management, a strategy to leverage investments for development through infrastructure and linkages, an approach that promotes human rights and integrated development, and a system to manage environmental risks and impacts.

This shift towards sustainable FDI also aligns with the UN Sustainable Development Goals (SDGs), promulgated in 2015 as a path to end poverty by 2030 through promoting economic, environmental and social sustainability.

These regulatory instruments support greater government regulation to ensure that FDI serves the developmental goals of these countries.

In South Africa, the Protection of Investment Act (PIA), which was passed in 2015, allows national legislation such as Broad-Based Black Economic Empowerment to be applied to international as well as domestic investors, in order to ensure that economic growth from FDI is inclusive.

Namibia’s New Investment Promotion Bill enacts certain performance requirements, which mandates various initiatives such as local employment, skills development and joint ventures, which investors must comply with or lose their business licences. It also reserves certain sectors of the economy for government and domestic investors.

Angola’s Private Investment Law (PIL), also passed in 2015, mandates 35 percent Angolan shareholding as well as shared management in certain sectors, in addition to offering incentives to investors that are no longer automatic, but correspond to certain local development initiatives such as skills transfer and promotion of exports.

However, these emerging regimes have also elicited controversy. Critics question whether the legislation is “mutually beneficial” or might instead favour domestic over foreign investors disproportionately.

This has raised legitimate fears that these instruments send a discouraging signal to potential foreign investors.

In South Africa’s PIA in particular, concerns have arisen over the Act’s treatment of expropriation, which abandons the international standard of compensation at market value for a vaguer “equitable and just compensation”.

While this standard is in line with South Africa’s Constitution, it leaves investors with a sense of uncertainty as the determination of compensation is left to the whims of the government on a case-by-case basis.

A similar uncertainty arises from the Act’s rejection of international recourse to arbitration to settle investors’ legal disputes in favour of a domestic dispute settlement mechanism.

This, investors fear, has the potential to remove the independence of the adjudication process and open it up to politicisation.

Namibia’s Bill, on the other hand, evokes concern about the viability of performance requirements.

For example, joint ventures in sectors where the local partner is severely under capacitated often do not foster a productive working relationship, and can lead to much less skills and technology transfer than is intended when it is forced.

It also risks deterring FDI into certain sectors other than natural resources, where investors would likely have alternative country options to consider.

Enforceability and predictability is another challenge affecting certain FDI regulatory regimes, and Angola offers a prime example of such a shortcoming. Political corruption and uncertainty in the country raise concerns as to whether its PLI will be duly implemented by the government or even stand the test of time, as in Angola laws can be passed arbitrarily by executive decree and the country suffers from a weak judicial framework.

CCSI’s third pillar of sustainable investment indicates there must be a strategy “to leverage investments for development through infrastructure and linkages”. Resource-seeking FDI is often dominant over other forms of FDI because of the under-development of developing countries, which in turn relegates them to the bottom rung of the value chain.

The emphasis on the export of raw materials places them in a difficult position to achieve direct value-addition and local benefit.

Beneficiation seeks to offer the prospect of capitalising on resource wealth by upgrading to a higher level of value chain activities.

Botswana, the world’s largest producer of diamonds, is attempting to beneficiate this resource with the establishment of the De Beers Aggregation Company, which aims to make Gaborone a sorting and valuation hub for diamonds throughout the world.

If successful, the company can contribute towards broader employment creation and capacity building in Botswana.

Such a venture can also increase the longer-term sustainability of Botswana’s resource wealth as diamonds are predicted to run out by 2029.

However, uncertainty surrounds the economic viability of this strategy because Botswana does not enjoy a competitive advantage in beneficiation, and capacitating a highly under-skilled population requires significant time and cost.

Mozambique also enjoys great resource wealth and interest from foreign investors, especially because of its coal abundance. However, additional broad-based benefits are more difficult to achieve as the coal sector is capital and export intensive.

In the Nacala Corridor, foreign investors have developed a railway linking Mozambique and Malawi to transport coal to the ports for further export. However, there is also the potential to stimulate local agricultural production by using this infrastructure to link smallholder farmers in Malawi, Zimbabwe and Zambia with larger commercial markets. Yet it remains to be seen whether the railway will stimulate local development beyond resource extraction, as is commonly the case with resource-based infrastructure.

Additionally, as is common with large infrastructure projects, the Nacala railway has negatively affected those living in the project vicinity due to the inevitable relocation of farmers, businesses and communities. Often the compensation is not perceived to be adequate to account for the loss of livelihoods when communities are uprooted.

This calls into question the difficult balance of attracting FDI for economic growth and the CCSI’s fourth sustainable investment pillar of protecting human rights, especially those of impacted marginalised communities.

A regional approach to foreign investment offers the potential to realise gains for individual countries and contribute to sustainable FDI.

SADC has been reviewing and amending its regional investment legal framework which currently consists of the SADC Finance and Investment Protocol (FIP), passed in 2006.

Operationalising a co-ordinated investment framework for the region could potentially increase the attractiveness of SADC as an FDI destination.

This is because investors will have access to a wider range of skills and resources as well as the potential to form regional value chains when policies and regulations are coordinated throughout the region.

Intra-regional infrastructure development in SADC (such as the Nacala railway) will be crucial in facilitating this integration.

Additionally, a successful regional integration framework can help to mitigate the all too common ‘race to the bottom’ of investment incentives.

In the latter situation countries battle to offer the most attractive incentives to investors and end up undercutting their own social, economic or environmental regulations and initiatives impacting both the sustainability and benefit of investment. A better co-ordinated regional incentives framework could help to lessen this competition.

However, the effectiveness of the 2006 FIP has been hampered by the lack of political will among member countries to sacrifice some of their national interests in favour of regional integration.

ISDS grants investors recourse to international arbitration for disputes relating to their investments. Its binding nature and limited room for policy space have led to the current desire for renegotiation.

SADC has recently promulgated a SADC Model Bilateral Investment Treaty (BIT) guideline for the region, which adopts a different approach. The SADC Model BIT mirrors most of the new domestic legislation and protections implemented by individual member states such as the Namibian Investment Bill and the South African Protection of Investment Act of 2015. It is important to note that the SADC Model BIT is not binding on any SADC member state but serves as a guideline when they conclude investment protection agreements with third parties or between themselves.

The SADC Model BIT is bound to be instructive should SADC move towards the conclusion of a regional investment regulation chapter after the FIP review.

What is discernible, however, from the SADC Model BIT is that in terms of aspiration, it is intended to be a new generation investment agreement by trying to achieve a greater balance between investor and host state government’s rights and obligations.

It will be interesting how the principle of sustainable development is negotiated and reflected in the Tripartite Free Trade Agreement and subsequently the Continental Free Trade Agreement, and whether they will elect to follow the more liberal FIP model or the more restricted SADC BIT model. Whatever the case, these broader regional agreement initiatives are likely to struggle with the same conundrum of garnering political will among all members to enforce a regional arrangement.

At the core of every rules-based system is an effective dispute settlement mechanism.

The CCSI pillars would be mute if there is no proper dispute settlement mechanism or rule of law. With regards to the SADC, this is worrying as the region disbanded its investor-state tribunal and replaced it with one based on state-to-state adjudication.

Another issue which SADC member states, and African countries in general might wish to focus attention on within their individual jurisdictions and indeed when negotiating regional agreements, is the proper regulation of state-owned enterprises (SOEs) as harbourers of incoming FDI.

They should include the OECD guidelines on corporate governance of SOEs and the Santiago Principles for Sovereign Wealth Funds in the framing of their approach. SADC seems to not have caught up with the debate which has been going on for some time in the EU, US, Canada and Australia on how best to regulate SOEs in such a way that the best value can be extracted from their investments, to see to it that they are treated equally to private investors considering that they benefit from state subsidies and might not only be profit driven.

For now, SADC has focused its drive for sustainable FDI on deriving local socio-economic benefit from investment.

This has manifested in both adopting new investment legislation frameworks and pursuing value-addition linkages from investment in natural resources.

With poverty and inequality in the region still high compared to the rest of the world, such goals are appropriate.

However, they must be carefully operationalised in a way that does not significantly deter investment into the region, which is not easy to accomplish. Looking to the future, global pressure to manage environmental impact and risks from FDI (the CCSI’s 5th pillar of sustainable investment), is increasing, and may reflect more prominently in SADC policy changes in the future.