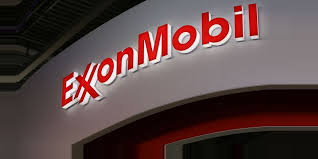 The High Court of Chad has ordered last week in the multinational oil and gas Exxon Mobil to pay fines of an overall amount of $74 billion. This huge sum of money represents, in comparison, seven times the annual GDP of the country. This decision is the result of the complaint filed by the Department of Finance, according to which a consortium led by Exxon would not have fulfilled its tax obligations. The Tribunal has also compelled the American company to pay 819 million dollars to the title of royalties.

Of tax disputes recurring between the State and the tankers judgment - and the suite that will be given - is of capital importance for the economic future of this African state landlocked country, whose economy is heavily dependent on the income of hydrocarbons. Chad is yet a "young" producer of oil, the exploitation of its fields not having started only in 2003. In 2015 , the daily production reached 120 000 barrels. An economy that has suffered as a result of the structural decline in the price of crude since two years: GDP growth, which stood at 6.9% in 2014, has lost more than four points the following year.

The Chad exports its crude oil via a long pipeline of 1 000 kilometers, up to the port of Cameroon to Kribi, 170 kilometers south of Douala. And it is Exxon Mobil who manages this pipeline. "We disagree with the judgment of the High Court of Chad," said the spokesman for the oil company to the agency Bloomberg. "We are going to consider the next steps", a-t-it served. This is not the first time that the Chadian State has mesh from with the multinationals present on its soil. In March 2014, Exxon Mobil was already in its viewfinder, accusing it of $800 million in unpaid taxes. In 2006, the President Idriss Déby had given 24 hours to Chevron and Petronas to exit the country once again for taxes not resolved - the case had finally been settled.