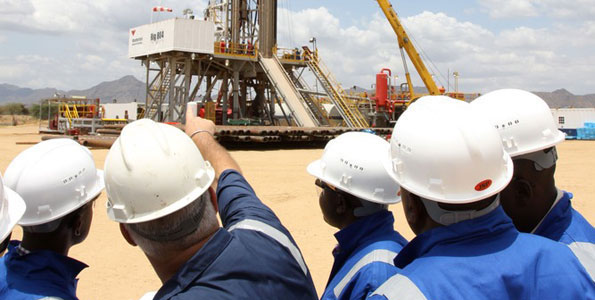 British explorer Tullow has hinted at a possible sale of shares in its Kenyan oil wells after selling slightly over a fifth of its stake in four exploration blocks in Uganda to French major Total.

Tullow Oil on Tuesday said it had agreed to transfer 21.57 per cent of its exploration interests in areas 1, 1A, 2 and 3A effective January 1 for an estimated Sh92.7 billion ($900 million).

This farm down will see the company retain 11.76 per cent stake in the upstream works alongside the planned Uganda pipeline through Tanzania.

“Tullow will remain an active, albeit non-operating partner in Uganda,” the company said in a statement.

The announcement comes five months after the Ugandan government issued five production licences to Tullow in August and three to Total.

Uganda struck commercial oil reserves in 2006 but production has been delayed partly due to taxation wrangles and difficulties in field development.

“We see the farm down as an important development for Tullow to concentrate its efforts in developing the Kenyan operation,” said Standard Investment Bank in its research note on the transaction.

Tullow struck Kenya’s first oil in Turkana’s Lokichar basin in 2012 and followed it with a string of other finds that have put the country on the path to becoming a producer of the black gold.

The company is set to start producing 2,000 barrels of crude oil daily for early small-scale exports as part of Kenyan government’s plan to test the global market. The latest farm down continues a trend that has recently characterised East Africa’s oil province.

Denmark-based Maersk Group in 2015 acquired half of the shares of Canadian firm Africa Oil, Tullow’s partner in Turkana, in three exploration blocks in Kenya at a cost of Sh35.7 billion alongside two blocks in Ethiopia.

In January 2016, Tullow completed a farm down of 25 per cent of its 65 per cent interest in Kenya’s Block 12A to London-based Delonex Energy.

The British explorer had earlier sold 66.66 per cent of its Ugandan stake to CNOOC of China and Total for Sh298 billion ($2.9 billion).