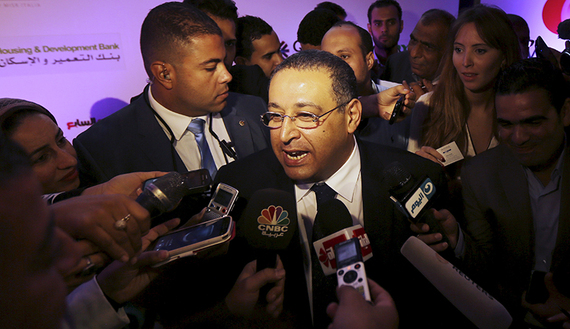 Egypt has finally come out with the much-anticipated new investment law, raising debate among economists about whether the amendments introduced to the law would lure more foreign direct investment (FDI) to the country.

The new draft law, released by the Ministry of Investment at the end of December 2016, included a number of incentives that decision-makers hope will help draw in more investments and create an attractive business climate.

According to the Ministry of Investment data, foreign direct investments grew by 49.3% to $6.9 billion in 2015, up from $4.6 billion a year earlier.

Since its issuance late last year, the law has been bogged down in discussions between economists and investors who believe that the new law has brought long-awaited amendments to many of its articles.

Investors will also be exempt from stamp taxes and fees for documenting the company, according to Article 30 of the law. In addition, investors can recruit 20% of foreign employees in their projects, up from the 10% stated in the previous law.

Lawyer Ahmed Khalil said the new investment law is promising, as it will help create “out-of-court discussions to settle investor-state disputes and grant incentives for investment in specific sectors.”

Khalil told Al-Monitor, "According to the investment law, the General Authority for Investments and Free Zones will be a one-stop shop for investors, an important step to end prolonged procedures of establishing a business and eliminate bureaucracy."

Khalil said the new investment law offers a better approach in settling foreign investors' disputes. “Regarding disputes, the law sets out equal treatment to both local and foreign investors, as both can pay a bail to drop a court ruling,” he said.

Moreover, the law offers a 2% unified custom tax on imported equipment and machinery. In addition, a technology-based system for registering companies will be implemented after 90 days from the date of issuing the law.

According to the World Bank’s Ease of Doing Business Index 2013 report, Egypt has made progress in reducing the number of procedures required to start a business to six and the number of days to seven.

According to the Investment Ministry reports, the most populous country saw its ranking in global FDI inflows increase from 15th globally the previous year to fifth place in 2016.

Economist Gouda Abdel el-Khaleq said that attracting investments to the country cannot take place only by drafting a new law, but the whole business climate must be attractive. “The government should take certain moves, such as cutting customs taxes, lowering inflation rates and guaranteeing high rates of returns on such investments,” he told Al-Monitor.

The step, which aims to regain stability in the local economy, was taken by the government to solve the hard currency crunch in recent months that scared off some foreign investors.

Khaleq said the country has to boost its overall macroeconomic outlook. “There must be economic stability, and foreign investors should feel that in order to pump their investment in,” he added.

The country has witnessed two revolutions — in January 25, 2011, and June 30, 2013, ousting former Presidents Hosni Mubarak and Mohammed Morsi. The unrest that followed the two revolutions has scared off both tourists and foreign investors, putting much pressure on the national economy.

In 2015, Egypt held a major investment conference to draw back foreign businessmen. The conference offered investment opportunities to investors from the Gulf, Asia and Africa, together with some European countries in different sectors including energy, textiles, automotive and transportation.

Egypt is among the top 10 signatories of Bilateral Investment Treaties worldwide, with a total of over a hundred treaties. It is also ranked second, after Angola, in the list of top African countries, according to UNCTAD World Investment Report 2016.

Ahmed Koura, a banking expert, said that the country should start giving training programs to personnel dealing with investors to guarantee facilitations in paper documentation and license issuance. “In addition, the facilitation of money transfer anytime must be enforced and executed as shown in the articles of the new investment law,” he added.

"Tools of enforcing laws bring fruitful results, not only the law itself," the expert noted.