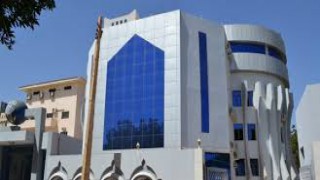 The COMESA Court of Justice will revise its current Arbitration Rules to promote Alternative Dispute Resolution mechanisms and ensure it keep pace with the best international practices.

President of the Court of Justice, Lombe Chibesakunda, says the current rules were out of date as they were formulated in 2003 when the court had only one division.

She said that the Court has currently two divisions; the Court of First Instance and the Appellate.

According to a Press Release Walta Information Center has received from COMESA Secretariat, the president of COMESA Court of Justice was speaking during a three day training workshop on “Arbitration as an Alternative Dispute Resolution mechanism.” The workshop was targetedat the entire Bench of the Court that comprise of 12 Judges. It was facilitated by the Chartered Institute of Arbitrators (Kenya Chapter) with the objective of exploring the role that the COMESA Court can play in enhancing access to justice through arbitration and Alternative Dispute Resolution (ADR) mechanisms.

Justice Chibesakunda observed:“The success in the arbitration field is not only dependent on arbitration practitioners but also on qualified arbitrators.” This underscores the need to equip Judges and Judicial Staff of the COMESA Court with the skills to efficiently manage arbitral proceedings, from the initial stage of appointment as dispute resolvers.

The training director Dr. Kariuki Muigua who is a fellow of the Chartered Institute of Arbitrators said Arbitration was taking shape as the new approach within the judicial systems.

“As Africa opens up to business and diverse foreign investments, the local and regional courts shall form part of enhancing systems and alternatives to court litigation with keen interest to ensure business and diplomatic relations thrive for the good of the continent,” Dr Muigua said.

He added thatthe COMESA Court was one of the key entities of the legally established regional frameworks that will provide and support the initiative for Alternative Dispute Resolution.

Article 28 of the COMESA Treaty grants the Court jurisdiction to hear and determine any matter arising firstly, from an arbitration clause contained in a contract which confers such jurisdiction to which the Common Market or any of its institutions is a party. Secondly, on matters arising from a dispute between the Member States regarding the Treaty if the dispute is submitted to it under a special agreement between the Member States concerned.

“This forms the basis for the regional arbitration jurisdiction of our Court,” Justice Chibesakunda said.

Addressing the judges, the Minister for Trade of Sudan, H.E. Ambassador Salah Mohamed Saeed hailed the Court for its role in supporting economic integration of COMESA Member States. He described the workshop as timely as it comes in the wake of the lifting of economic and trade sanctions by the government of the United States.

“This we believe will enable Sudan to pay its contributions to the COMESA and COMESA Secretariat in appropriate time and Sudan can easily take part in the international trade,” he said

This is the first time that the current Bench,which was sworn into office in 2015, has convened in Khartoum, the Seat of the Court.

The COMESA Court of Justice is the judicial organ of COMESA Established in 1994, whose core function is to adjudicate upon all disputes between Member States that would arise from the interpretation and application of the COMESA Treaty.