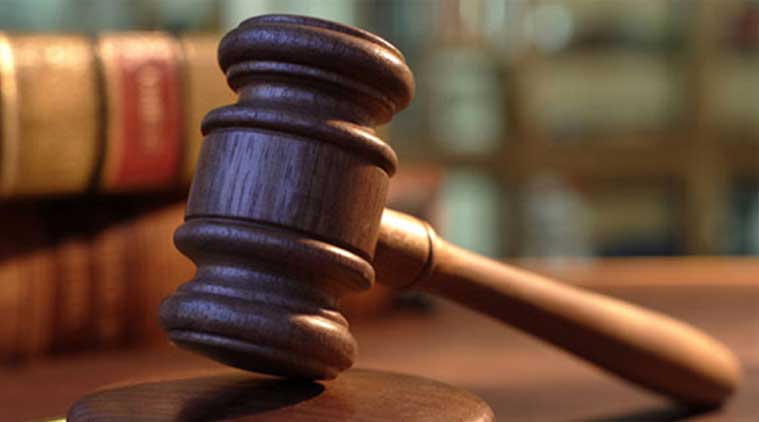 Does Cultural Diversity Improve or Hinder The Quality of Arbitral Justice?

The answer to this question might seem simple, but consider an instance of a commercial arbitration between a Chinese company and an African state arising out of a failed railway project in Africa. Assume that all three arbitrators are European and from the civil law legal tradition. Assume further that they are experienced arbitrators of the highest integrity and reputation with no conflict of interest. The applicable law is Chinese law, and all the witnesses are either speakers of Mandarin or Yoruba. Consider another similar scenario: the dispute is between a Chinese business and a European state, but the arbitrators are all African with equivalent qualifications as the European arbitrators but who do not speak any Chinese or any European languages. What should concern the reasonable neutral observer in each one of these scenarios?

There are many concerns, but there is only one word that could capture them all without fear, favor, or irony: culture. Although cultural diversity structured in the above-cited way could be a source of misunderstanding, structured differently, it could also improve the quality of the outcome. These scenarios offer a somewhat extreme example of the lack of cultural proximity between the decision-makers and the parties who must suffer the consequences of the inevitable cultural incommensurability. The process of determination of facts and application of the facts to the law (and the interpretation thereof) is a deeply cultural exercise. Facts always grow out of cultural interactions. When arbitrators are asked to determine facts that grew out of interactions within unfamiliar cultural milieu on the basis of evidence offered by “cultural others,” they appreciate the limitations of their comprehension. If a witness who had an orange-colored identification card (the color copy of which the arbitrators have seen) says during cross-examination that his identification card was yellow, assuming that the color is an issue of material fact and the outcome depends on the credibility of this witness, the case would probably have a different result depending on which one of the two above-referenced panels decides credibility. The African arbitrators would probably not be dumbfounded by a witness who points to an orange identification card and calls it yellow because in many African cultures yellow represents a range of colors, including orange. An extreme position would argue that “judges – are unable to adequately conceptualize the thought and practice (and associated material artifacts) of the members of different cultures.”1) Another somewhat extreme position would suggest that “you will never understand Chinese people unless you understand Chinese language.”2)

For example, in the English case of Balraj v. Balraj, the court was called upon to determine a petition for divorce by a UK resident Indian man under a law that permitted divorce upon showing of five years of separation unless the other spouse (in this case residing in India) could prove grave hardship. Part of the court’s opinion is pertinent here: “For a judge to try to achieve the insight necessary to grasp the prospect of this lady in the outskirts of Hyderabad and the prospects of the daughter of the family living with the mother in Hyderabad calls for the exercise of perhaps grater insight than any English judge should be required to exercise.”3) The same set of facts could be attributed different meanings because of the fact finders’ cultural backgrounds.4) Inaccurate attributions often lead to erroneous findings.5) Erroneous arbitral fact-finding is very difficult to correct or set aside, if not impossible, more so than judicial fact-finding.

Professor John Crook says that “‘[n]othing a court does affect the public perception of its fairness so clearly as its examination and weighing of the relevant facts.”6) What do arbitrators do? In answering this question, Professor Crook again says: “[s]hould they pause to reflect, most international lawyers would likely accept the thought that the science and art of deciding legal disputes involves at least three inter-related components. The first two involve determining relevant law and the relevant facts. Then comes stage three—applying the law to the facts.”7) The algorithm for the selection of arbitrators must thus account for the ability to determine facts, identify and interpret law, and apply the law to the facts. The determination of fact is probably the most culturally sensitive step, but the ability to correctly determine facts is perhaps the most ignored of all criteria for arbitrator selection. There is no doubt that ordinarily Chinese judges would understand Chinese witnesses better than European or African arbitrators because of the cultural proximity. Would the ability of the tribunal to determine the facts correctly improve if the composition of the members of the tribunals in the above scenarios is mixed? Say, for example, a Chinese, a European, and an African arbitrator on both tribunals (assuming all other qualifications being equal)?

In the United States, the jury is often the mechanism used to determine facts in certain civil and criminal proceedings. Studies have shown that “[t]he most important determinant of how a jury decides a case is the juror’s own values, attitudes, and beliefs.”8) In the United States, some doctors specialize in jury psychology. Trial lawyers hire them. Underneath the struggle for composing the tribunal “right” in international arbitration always lurks the desire to gain the cultural upper-hand because the cultural composition of the tribunal sets the invisible balance of power in the arena making one party more understood, more acceptable, and more comfortable than the other. And indeed, the science of persuasion has long established that “[t]he ability to persuade is dependent on … the speaker’s credibility and likability, and his or her understanding of the audience….”9) As Brad Bradshaw puts it: “[w]e also tend to like people who are similar to us…. Similarities lead to likability, and likability can increase the ability to persuade. This is especially true in ambiguous situations…. When information is ambiguous we are more likely to rely on the opinions and actions of those who are similar to us.”10) Some specific decision-maker psychology studies in the context of the jury system have also found, for example, that “[w]hites demonstrated a more complex thinking when assigned to a diverse group than when assigned to an all-white group.”11) And, indeed, “research indicates that when jurors of different ethnic groups deliberate together, they are better able to overcome their individual biases.”12) As the United States Supreme Court said in Taylor v. Louisiana 419 U.S. 522, 532 (1975), “[t]he broad representative character of the jury should be maintained, partly as assurance of a diffused impartiality.”

In international arbitration circles, diversity is often discussed in light only of political legitimacy and the ethical considerations of exclusion. What is not often discussed is the role diversity plays in improving the quality of arbitral justice. This author’s newly released book, The Culture of International Arbitration (Oxford University Press, March 2017), explores these issues in great detail. The book includes summaries of interviews with several leading international arbitration specialists from different legal traditions, including three judges of the International Court of Justice.

As to whether cultural diversity improves or hinders the quality of justice in terms of the accurate determination of facts and application of law, consider a typical scenario of seven actors in the arbitration room: three arbitrators, two party representatives, and two witnesses. If all three members of the tribunal share a cultural background with each other but not with the party representatives or the witnesses, that alignment of diversity would probably have a negative impact on comprehension. But if, assuming interchangeability, two of the arbitrators change positions with the party-representatives or witnesses, comprehension could improve. In any case, the worst possible outcome is if the group with the least cultural comprehension is the one that makes the decision. That is what needs to be avoided. Seeking diversity for its own sake is a legitimate objective but it is even more compelling if it is sought for the sake of improving justice.

1. See e.g., ANTHONY J. CONNOLLY, CULTURAL DIFFERENCES ON TRIBAL: THE NATURE AND LIMITS OF JUDICIAL UNDERSTANDING 167 (2010) “They do not possess and cannot acquire…’culturally different concepts.” Id. at 2.

6, 7. John Crook, Fact-Finding in the Fog: Determining the Facts of Upheaval and War in International Disputes in CATHERINE A. ROGERS & ROGER P. ALFORD, THE FUTURE OF INVESTMENT ARBITRATION 313, 314 (2009).

12. JEFFREY ABRAMSON, WE, THE JURY: THE JURY SYSTEM AND THE IDEAL OF DEMOCRACY 104 (Basic Books, 1994) citing social science studies.