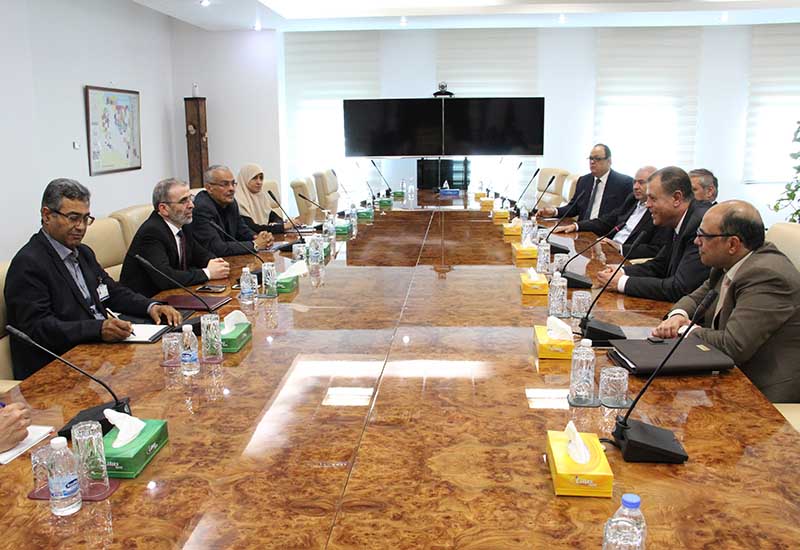 The Egyptian General Petroleum Corporation (EGPC) and Egypt’s petroleum projects construction company Petrojet are looking to reactivate their presence on Libya. Both had meetings today to that effect with Presidency Council deputy leader Ahmed Maetig as well as with Mustafa Sanalla, the head of the National Oil Corporation.

In a statement following his meeting with the visiting heads of both EGPC and Petrojet, Maetig stressed the importance of economic cooperation with Egypt.

It was also agreed to form a joint team from the National Oil Corporation and the Egyptian General Petroleum Corporation which would study possible projects.

Today’s visit, the first by Egyptian oil officials to Tripoli in more than two years, followed a request at the end of February by Cairo for an increase in its imports of Libyan crude.

In the event, according to online Egypt Oil & Gas, although the Egyptians apparently asked for two million barrels of fuel a month plus quantities of diesel and jet fuel, in the end it was agreed to provide just 1 million b/d a month for the moment.

However, this has not been confirmed by the NOC or any other Libyan sources. It would, moreover, be difficult to deliver in the present circumstances. The NOC has contractual agreements with a number of purchasers which account for more than current production. It is not thought to be in a position to agree new ones at present.

There is, though, a political desire on the part of the PC to accede to Egypt’s requests. Egypt was a major supporter of Khalifa Hafter until he spurned its efforts at mediation between himself and PC head Faiez Serraj in February.

Agreeing to provide it with oil would draw it closer to siding politically with the PC.