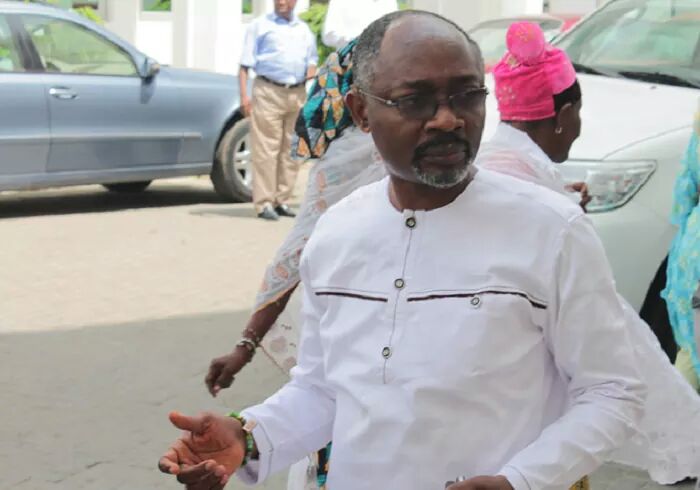 The International Court of Arbitration has acknowledged receipt of a request from embattled Ghanaian businessman Alfred Agbesi Woyome to arbitrate in the controversial GHC51 million judgement debt scandal.

Mr. Agbesi escaped jail term in 2015 after the Fast Track High Court acquitted and discharged him on two counts of defrauding by false pretense and causing financial loss to the state. But the state has been pursuing him to refund the 51 million cedis he received as judgment debt for his role in the construction of stadia for the CAN 2008 tournament held in Ghana after the Supreme Court declared the payment illegal.

The case has been travelling for years and Mr. Woyome who was a financier of the previous administration is convinced he legally obtained the judgement debt and accused the state of unfair treatment.

Your Request was received on 20 March 2017. Pursuant to Article 4(2) of the ICC Rules of Arbitration in force as from 1 March 2017 (“Rules”), this arbitration commenced on that date.” The case is titled ‘Alfred Agbesi Woyome (Ghana) vs/ REPUBLIC OF GHANA (Ghana)’ with reference number 22679/TO. It was addressed to Benjamin G. Chew, Andrew Zimmitti and Rory E. Adams of MANATT, PHELPS & PHILLIPS, LLP with address number 1050 Connecticut Avenue NW, Suite 600, Washington, DC 20036 U.S.A.

The court also acknowledged receipt of an undisclosed cheque for the non-refundable filing fee from MANATT, PHELPS & PHILLIPS, LLP. “Please confirm by email to This email address is being protected from spambots. You need JavaScript enabled to view it. that this entity is entitled to make payments on behalf of Claimant(s) within 5 days from the day following the receipt of this correspondence,” the letter said. It added, “Please be informed that should the confirmation not be considered as satisfactory by the bank pursuant to its legal obligations under French law, the payment received by ICC may be cancelled and the lack of relevant information reported to the relevant authorities.”