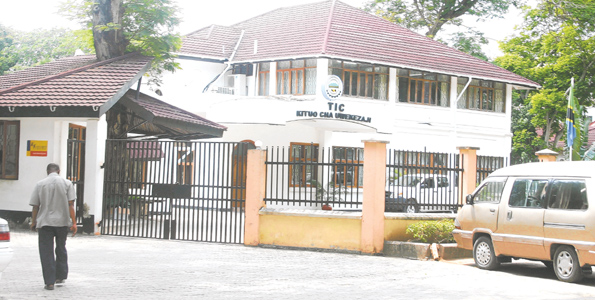 The 16th edition of the African Economic Outlook report--which was released on Monday--ranks Tanzania the ninth in Africa thanks to the government's new drive to attract investments in line with the medium-term development plan that is focused on nurturing industrialisation as a means of achieving economic transformation.

Without giving out details of FDIs data, the African Economic Outlook report--published jointly by the African Development Bank, Organisation for Economic Co-operation and Development and the United Nations Development Programme-- puts Tanzania just ahead of Kenya in East Africa.

In addition to the construction of new production facilities, these projects can also include the building of new distribution hubs, offices and living quarters.

The African Economic Outlook report will apparently give new boost to figures that were presented in Parliament last week by the Industry, Trade and Investment minister, Mr Charles Mwijage, especially this time around when some independent analysts and the Opposition believes the government's data on investment leave a lot to be desired.

Requesting the Parliament to endorse his ministry's Sh122 billion-budget for the Financial Year 2017/18, Mr Mwijage said Tanzania has registered a total of 393 projects for large scale industries with a capital flow of $2.36 billion (about Sh5.1 trillion) during the past 18 months of President Magufuli's presidency. He said between July 2016 and March 2017, Tanzania Investment Centre (TIC) registered a total of 242 projects that are worth $2 billion.

Of the project, 105 or 43 per cent, are FDIs sourced from China, India, Kenya, UK, Mauritius, Oman, United Arab Emirates (U.A.E), Canada and the US while 76 are joint ventures between local investors and their foreign counterparts.

Tanzania is to receive 119 of the registered projects, Mr Mwijage said. A total of 17,385 jobs will be created through the projects.

And, according to the 16th African Economic Outlook report--which goes with a special theme, Entrepreneurship and Industrialisation, though the extractive sector accounted for the bulk of investment, some countries are focusing on less capital-intensive services and manufacturing sectors to reduce their vulnerability to commodity price developments.

It specifically mentions Tala and Efulusi Africa as some of the less capital-intensive companies that are making changes in Tanzania.

Tala is a mobile credit application firm based in Santa Monica, United States, which also operates in Tanzania and Kenya. The company helps anyone with a mobile phone to build a financial identity.

Similarly, Efulusi Africa, which is based in Tanzania, develops custom software with a focus on mobile finance apps and aggregation. Efulusi is credited with developing and deploying Tanzania's first mobile banking platform.

In 2014, the founder of Efulusi established the AIM Group, a leading digital agency in Tanzania, which now has 25 employees.

And, in what sends an even more encouraging message to the government, the report notes that Tanzania, along with Côte d'Ivoire and Ethiopia are increasingly becoming preferred destinations for investors as they predict more and more opportunities going forward.

At continental level, private financial flows gained in prominence over the last decade, increasing from 61 per cent of total external resources in 2002 when it stood at $33.5 billion to 72 per cent in 2016, standing at $127.6 billion.

Contrary to the usual phenomenon in which the continent largely relied on commodities, the situation has changed and now the focus is on consumer goods.