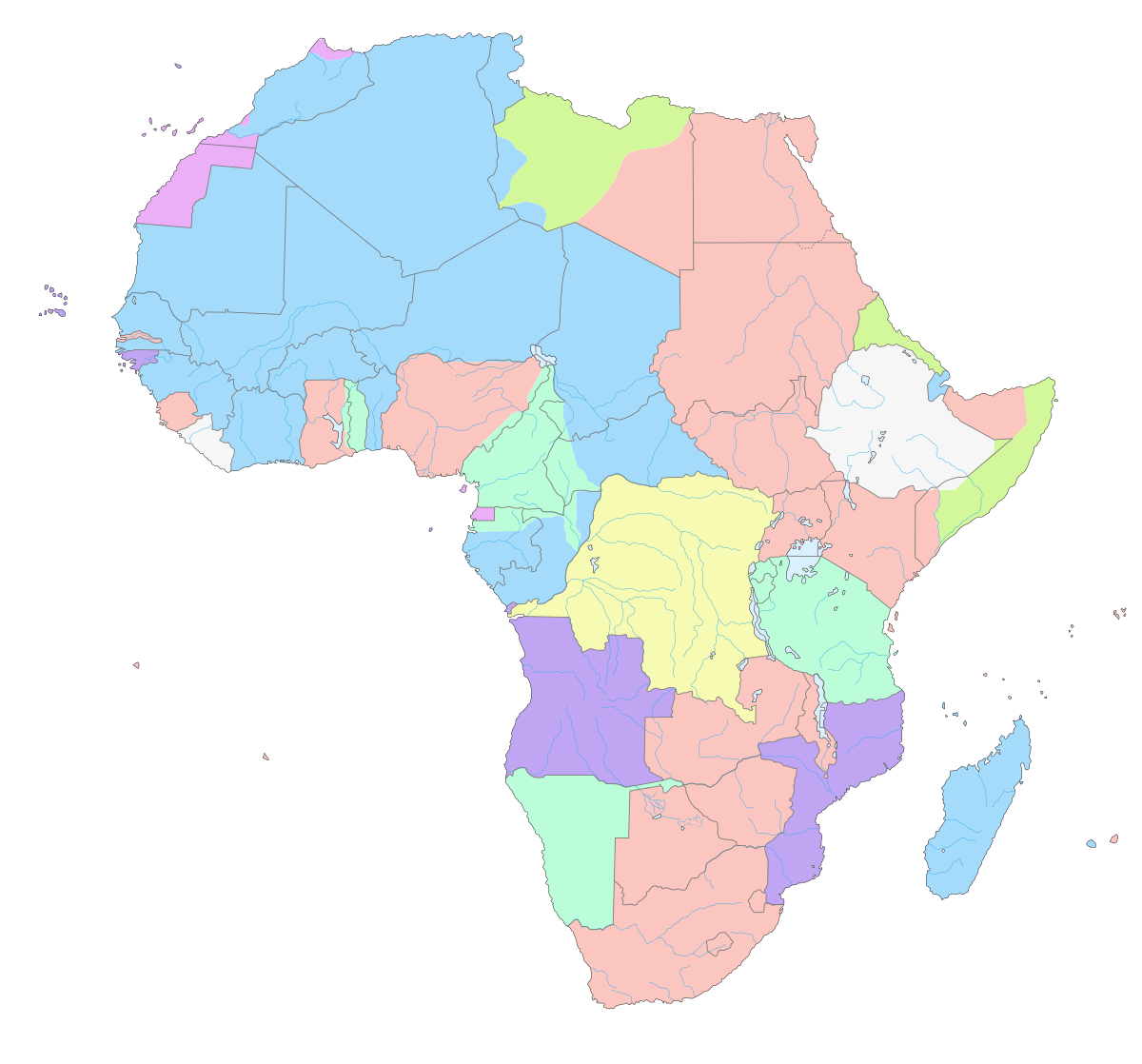 Stakes are high. If the CFTA is not launched this year, Africa will be the laughing stalk of the world, for failing to meet the deadline of 2017 set in 2012.

At their last summit, this July, the African presidents re-iterated their determination to launch the Continental Free Trade Area (CFTA) this year, that is, by December 2017. They directed that negotiations including on goods and services be completed this year.

The apparent grounds for this optimism are that modalities for negotiating goods and services have so far been agreed and adopted, and a draft text for the CFTA Agreement has been produced and put on the table for negotiation. With these modalities and draft text, some believe the job is almost done, and two or three negotiation sessions before the end of this year will do, and the CFTA can be launched.

Stakes are high. If the CFTA is not launched this year, Africa will be the laughing stalk of the world, for failing to meet the deadline of 2017 set in 2012. There is a sense of pride and duty. This self-imposed burden is quite heavy but not insurmountable. The challenge seems to be that the pride and duty require some brains and strategy as well. It is this quad that can deliver the CFTA this year.

For starters, a CFTA must have an Agreement covering the essential elements, namely, establishment, principles and objectives, non-discrimination, tariff elimination, customs and trade facilitation, standards, transparency and notification, institutions, disputes, and the usual final provisions. Outstanding work if any, details of trade remedies for instance, can be put into a built-in agenda for continuing work afterwards. It is in this sense possible to have a CFTA Agreement. A good strategy for quick progress is to construct the CFTA Agreement using the provisions already available in the Agreements of the African regional economic communities (RECs), which African countries have already been using over the years. A provision-by-provision comparison in a matrix would assist, to graphically demonstrate that the text or at least the essence is the same. The alternative would be at least a clear and convincing presentation on sources of, and process of producing, the draft text for the CFTA Agreement.

To supplement this, instruments on customs and trade facilitation, and health and technical standards can be constructed on good practices from the World Customs Organization and international standards setting bodies, respectively. Besides, African administrations and regulatory agencies, as well as the RECs, happily use instruments and documents from these organizations.

There are areas of difference among RECs; settlement of trade disputes, for instance. This is a critical area where rules are required for peaceful and speedy settlement, so trade is not unnecessarily impeded due to confusion, lack of clarity, or drawn-out procedures. A simple provision for consultations and binding arbitration can start off the Agreement, but with a built-in agenda for elaborating a comprehensive trade-dedicated court or panel process that is suitable for Africa and eschews the pitfalls of the World Trade Organization dispute settlement system.

Best practices from the RECs demonstrate that an easy digital system for addressing non-tariff barriers can be handy and appropriate for trade disputes. The COMESA-EAC-SADC Tripartite Online System for Reporting Monitoring and Eliminating Non-Tariff Barriers, at www.tradebarriers.org,is a best practice par excellence. Trade problems can be reported through the system using internet or SMS on mobile phones. Since 2008 when the system was established, 581 NTBs have been reported, out of which 506 have been eliminated using the system, leaving 75 currently outstanding. In COMESA, this system is supplemented with bilateral consultations and a standing agenda item on NTBs at the technical and ministerial level meetings. Out of 204 NTBs reported among COMESA countries since 2008, only five remain unresolved today, showing a very high level of success. The EAC supplements the online tripartite system with its own action plan called a time-bound matrix for eliminating specific reported NTBs. And a few years ago, the EAC Parliament adopted a law providing for penalties for imposing NTBs.

On trade disputes, then, the CFTA could build on the tripartite online system, putting it together with that of the ECOWAS, to agree on and operationalize a continent-wide digital system, to begin with. And in the meantime, the African Union Trade Ministers’ meetings can regularly consider any matters requiring attention.

A free trade area must have rules of origin, that is, criteria for sorting out which products are actually produced within the region and should therefore be given FTA treatment such as; not paying customs duties. It is feasible to have CFTA rules of origin by December 2017 if the negotiations take the approach of across-the-board thresholds or general rules for conferring origin. In COMESA, EAC, West Africa and Central Africa, for instance, any goods can qualify for FTA treatment if the value of inputs from within the region reaches a set percentage of its total value – 35 percent in COMESA; or the value of inputs from outside the region does not exceed a set percentage of the total value of the good – 60 percent in COMESA. Goods considered wholly obtained are fairly standard, namely agricultural products and minerals in chapters 1 to 25 of the Harmonized System for Commodity Coding and Description. It is possible as well for a commodity to qualify for FTA treatment if processing it results in a change in its classification at the heading or sub-heading level in the Tariff Book. In COMESA, there is another criterion for qualifying for FTA treatment – if a commodity has been put on the agreed list of goods of particular economic importance, then the value addition required is only 25 percent.

However, if the rules of origin negotiations take the approach of producing product-specific or list rules, that is, specifying a working and processing required for every single product for it to qualify for FTA treatment, it will definitely be impossible tohave rules of origin for the CFTA by December 2017 or even December 2018. The sheer scale of the task, covering more than 5000 products, is monumental and unmanageable, but can be done over an extended period of time. In the tripartite negotiations, after five years including a year or so of trying to agree on the approach, only about 47 percent to total tariff lines or products have been done. In COMESA, it took 11 years to complete the change in tariff heading exercise, but fortunately trade could happen under the other criteria for qualifying for FTA treatment, such as wholly obtained, material content or value addition.

A decision on approach to rules of origin is therefore fundamental and Africa would be best advised to have flexible rules. There is a substantial body of analysis on restrictiveness of different systems of rules of origin.

A related issue is that there have been cases where rules of origin for intra-Africa trade have been more restrictive than those for trade with third countries, for instance those under AGOA or trade schemes with the European Union. This very strange lapse is to be watched and avoided.

Another related matter is that provisions on administration of rules of origin have over the years become fairly standard in the context of facilitating trade and customs. Digitization of customs operations including the certificate of origin itself, deserve some close attention.

Finally, the CFTA will require every African country to eliminate customs duties on at least 90 percent of its total products lines, leaving out 10 percent. On the 10 percent, every country may designate some as sensitive, meaning that customs duties can be only reduced and over a longer period of time; and may designate others as excluded products, on which no tariff reductions are expected.

It is possible to have tariff schedules for the CFTA by December 2017 at least from a critical and sufficient number of countries, especially those that have embedded trade liberalizationand export strategies in their national development programs. This would be possible if the tariff negotiations are done in plenary meetings whereby every country presenting its tariff schedule for comment, requests for improvement, and finalization as an initial package or outcome from this first round of negotiations, subject to subsequent regular rounds in future.

A much better approach would be to adopt a simple continent-wide schedule of tariff elimination, setting out percentages for annual reductions over a five-year period. Each country would then be required to start undertaking annual reductions to reach zeropercent duty on 90 percent of its tariff lines. There would then be annual reporting and assessment of the reductions. Countries with sensitive products would produce an additional tariff reduction schedule covering those products. For excluded products, anti-concentration clauses would set out the criteria, using which countries would be required to notify their schedules of excluded products, subject to consultations and regular review.

Actual intra-Africa trade happens on only a few tariff lines. The idea here is to focus on these tariff lines and get a commercially meaningful CFTA. Less attention for the time being need be given to idle tariff lines, many of which due to geographical or cultural or economic conditions might never have products traded among African countries in the foreseeable future.

In addition, tariff lines with applied Most Favoured Nation (MFN) rates currently at zero percent could be harvested fairly quickly if agreed upfront as a principle, on the understanding that applied tariff rates are the starting point for elimination and reduction in FTAs, according to some WTO rules.

If in the next two or three rounds of negotiations, good progress is made in these three areas along the lines suggested above, then the CFTA can be launched this year 2017. The three areas are: the text for the Agreement including a regime on non-tariff barriers, rules of origin, and tariff schedules for opening Africa’s market. Then provision can be made for transition arrangements and a built-in agenda to take care of outstanding work.