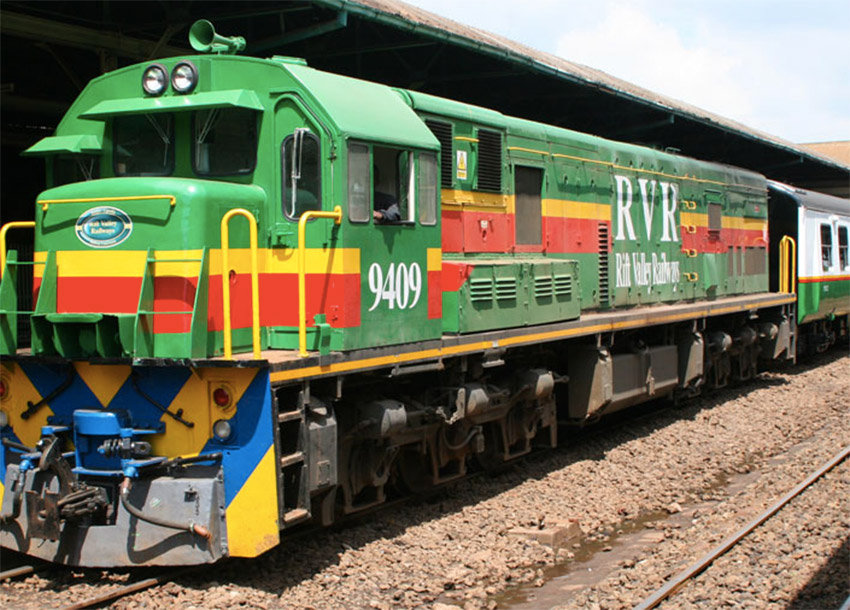 Kampala — Uganda and Kenya failed the "logistical eco-system" that led to the problematic railway operations by Rift Valley Railways (RVR) and consequently the back to back termination of the concession by the two governments, the managing director of Transportation at Qalaa Holdings S.A.E, Mr Karim Hassan Sadek, has revealed.

Qalaa Holdings, a Cairo based private equity and venture capital firm, formerly known as Citadel Capital, holds majority stake in the RVR consortium which was leased operations for the Uganda-Kenya meter gauge railway in 2005 running until 2030.

In an interview with Daily Monitor last week in Kampala, Mr Sadek said for years prior to the signing of the concession, Uganda Railway Corporation (URC) and Kenya Railways Corporation (KRC) were loss making entities and that operating the railway required more than just an investor sinking in money.

"A railway operates a logistical eco-system which was and is in the hand of the two governments, such as the port at Mombasa operated By Kenya Ports Authority (KPA), customs under Kenya Revenue Authority (KRA) and Uganda Revenue Authority (URA) but unfortunately they were all reading from different scripts," he explained.

Kenya terminated the RVR concession in August after a protracted legal battle, followed by Uganda on October 4.

Finance minister Matia Kasaija, in the termination letter, premised the decision to mainly RVR's failure "to remedy the events of default" within the period specified in the different reminders that had been issued to them over the last months.

Mr Kasaija who first hinted on revoking the concession while reading the Budget in June, cited other factors such as RVR's failure to; hit the agreed freight volume targets which were even revised downwards in 2014, submit quarterly and annual external audit reports, failed to rehabilitate and operate the Pakwach line, and generally all assets leased to them.

He also instructed the company to hand back the conceded assets including without limitations all updated data, files and software (or part thereof relating to the conceded assets) to Uganda Railway Corporation URC immediately and provide a handover report, and further demanded that RVR's guarantor, UAP Insurance, pays URC $3m (Shs10.6b) as performance bond due.

Mr Sadek, in the interview, said the Ugandan government first issued them with a termination notice on July 28 last year detailing nine areas "they claimed we had defaulted at the time when we were in the midst of getting new investors."

The nine areas were similarly contained in the final October 4 termination notice.

"We responded to each of them concerns put forward providing a breakdown of each of the point, some of which were factually incorrect," Mr Sadek added. "Nothing happened in the period that followed, except the first notice of termination in April this year and another in June, with a 90 days expiry date."

On August 30, Mr Sadek said RVR "presented a notice for arbitration and in September when the notice of termination was supposed to expire, we went to High Court and secured an injunction to basically stop the termination until arbitration has been disposed of."

"Today we are operating under court order freezing termination until it decides whether there are grounds for termination or not. My understanding of that are two things; one that there is a contractual arrangement between both parties, and secondly whether there is a dispute or not," Mr Sadek explained.

"There is a documented sequence of events and as a country with rule of law, I am startled when the government moves to terminate the concession yet a court case has not yet been disposed of."

The railway line is 1,300km from Kampala to Mombasa; with 1,000km in Kenya and 300km in Uganda. As a result of this, Mr Sadek said, Uganda accounts for 75 per cent of RVR revenues while Kenya accounts of 80 percent total costs due to the distance.

When Kenya first terminated RVR's concession, Mr Sadek said, "our thinking was that we can have the Ugandan concession even after the latter is gone." This would work in a way that KRC which now operates the Kenyan line would move the freight up to Malaba, from where we would pick them to Kampala.

"It was ideal for us; it meant we no longer had to hustle about the 1,000km in Kenya. In any other case, the lenders were ideally getting no money out even after taking the haircut; so for each 70 per cent of a dollar invested they recovered only 26 percent."

Prior to the concession both the Uganda and Kenya lines were managed differently by URC and KRC, respectively. However the concession introduced the "corridor" model of the line being manned singularly from Mombasa to Kampala.

RVR defended that they mostly invested in "locomotives in Kenya" given the long distance and upgraded those in Uganda but still are weak.

Uganda's first termination notice last year, Mr Sadek, said alarmed both auditors and potential lenders "which means we had to take further downscale within our budget."

"The reason why we went to court in Kenya and now in Uganda was not to delay any process or rather to stop them from terminating us but it was rather to talk sense in each other because we thought they had thought reasoning; unfortunately we are not seeing any of that."

The termination has since been done and sealed in Kenya but in Kenya it leaves behind unanswered queries of who is going to manage the transition or even pay salaries of staff for the months of September and October.

A team of government officials led by Works minister Monica Azuba and junior investment minister Evelyn Anite, while touring RVR/URC assets on October 6, indicated that that government was not ready to continue "looking on as RVR messed up the concession."

URC board chair Hannington Karuhanga attributed the current sorry state of the railway network to negligence by RVR "which looked on as most assets were being vandalized."

But Mr Sadek wondered how they were supposed to "protect all assets without input from URC. This is something we left to them every now and then but they never showed any interest in acting."

"Before we took over management most of the assets in both countries had been vandalized but we tried as much as possible to restore and rehabilitate whatever we could," Mr Sadek noted.

He added: "That does not mean that we did not have shortcomings as investors but in any case we tried, except that there was not commitment from neither governments for this railway to succeed given their current focus on standard gauge."