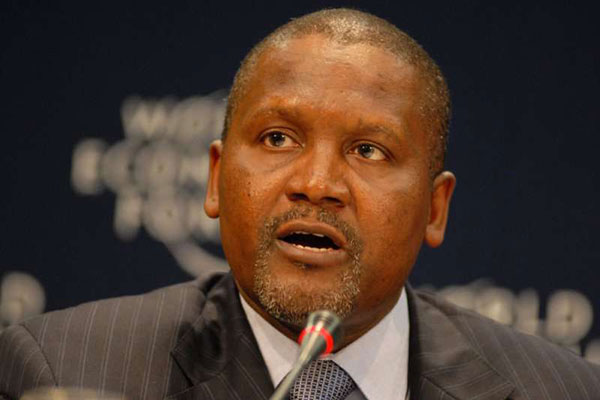 Tanzania’s change of mining laws have come to the fore after Africa’s richest man Aliko Dangote said that the new laws would potentially scare away investors.

The comments have already drawn a response from President John Magufuli’s administration, which termed them as unfortunate given the kind of ‘assistance’ Dangote’s investment has received.

“These policies scare away investors and that once an investor has left it is very difficult to bring that investor back. Tanzania needs to take another look at these new laws. These policies need to be clearly defined and investors need to be reassured that their investments are safe,” Mr Dangote, who has a $620 million cement factory in Mtwara, Tanzania, said.

Mr Dangote, speaking during the Financial Times Africa Summit in London, said that the new policies were harmful, mostly because of the ‘backdoor’ plan by Tanzania to eventually own 16 per cent of all firms at zero cost.

“The plan by parliament to allow the government to take 16 per cent of an investor’s assets for free is basically coming through the backdoor to seize assets.

They can come back in the next few years and take a majority of the shares at their price. It is a wrong policy. Once you chase an investor out, it will be very difficult to bring that investor back. They have scared quite a number and this is not a good thing,” Mr Dangote is said to have told the summit.

However, Tanzania’s Minister for Investment, Charles Mwijage, defended the administration, terming Mr Dangote’s comments unfortunate in the light of the president’s ready assistance to the billionaire’s cement investment in the country.

“The government’s investment policies are clear, transparent and aimed at ensuring that the government also benefits from the country’s resources. The “free carried interest” is a requirement for companies operating in the extractive industry that existed in Tanzanian laws even before the recent review. Investors in the extractive industry are obliged to cede 16 per cent free carried interest to the government to ensure the country benefits from its natural resources,” Mr Mwijage said.

“Once a company invests in the extractive sector, the government share should not be less than 16 per cent free carried interest. This is not wrong at all as the natural resources are ours,” Mr Mwijage said, during an interview with The Citizen.

In December 2016, Mr Dangote ran afoul with policies regarding the use of coal and access to gas reserves, which saw him fly into Dar es salaam to have the issues resolved.

In a response to the minister, Mr Dangote maintained that his relationship with President Magufuli remains cordial and hinted that his comments might have been taken out of context.

“Our relationship is okay. I can always call him as I have his mobile number, and he listens to me,” Mr Dangote said, adding that sometimes it is just a matter of communication, when describing how investors sort out contractual arrangements with foreign governments.

Miners in Tanzania have in recent months run afoul of the new policies that have affected the operations of Acacia mining and Petra Diamonds.

Two months ago, Acacia mining was slapped with a $190 billion tax demand having been accused of underdeclaration. This saw it scale down operations while its shares listed in London plummeted 50 per cent since the start of the year.

Petra Diamonds also listed in London, was last month prevented from exporting a diamond consignment after it was accused of underdeclaring it by $14.9 million.

It temporarily closed its Williamson mine and on Monday last week, it announced that it would not be able to meet its debt obligations this year and would have to renegotiate with its lenders.