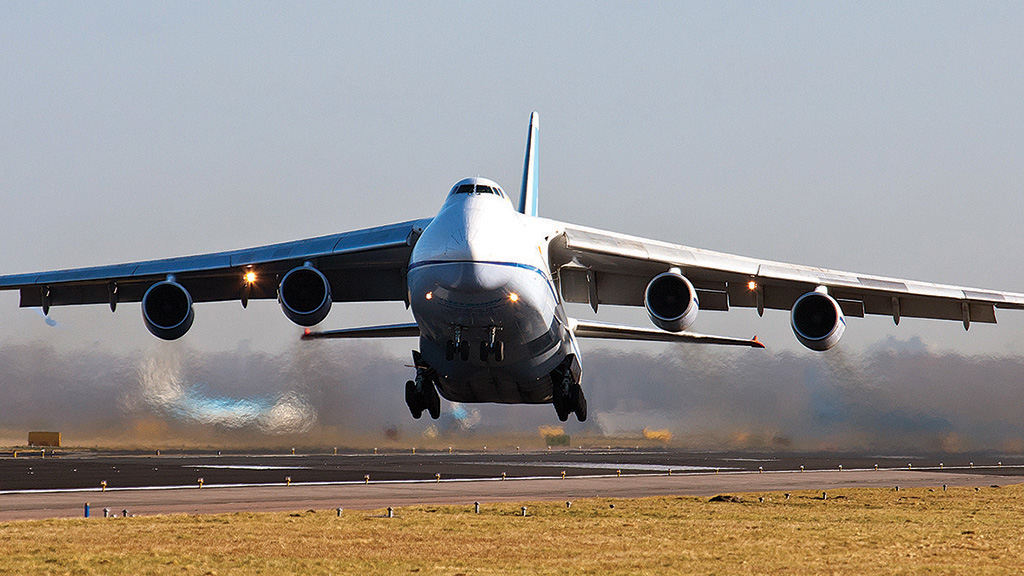 Ukraine to auction Libya's An-124 Ruslan if Libya fails to pay $1.2 mln of debt for aircraft servicing

Ukraine seeks to auction the An-124 Ruslan heavy transport aircraft belonged to Libya if the country fails to pay a debt of $1.2 million for servicing and storing the aircraft, which was transferred to Kyiv-based Antonov State Enterprise by Libya in 2010, Ilyashev & Partners law firm reported on Thursday.

The law firm said that Antonov appealed to Sviatoshynsky district court of Kyiv asking to permit the enforcement of a ruling of the International Commercial Arbitration Court at the Ukrainian Chamber of Commerce and Industry (UCCI) issued in May 2017 in favor of Antonov and ordered to collect UAH 32 million from the special transportation executive agency of Libya acting as the legal successor of Libyan state-owned airline Libyan Arab Air Cargo that brought the aircraft to Ukraine for servicing in 2010.

"The Libyan government agency voluntarily did not fulfill the decision of the arbitration court. Antonov, defending its legal rights, is forced to ask for foreclosure on the Antonov-124-100 Ruslan plane belonging to Libya and located in Kyiv. The plane will be put up by the State Enforcement Service [of the Ministry of Justice] for the auction," Senior Partner of Ilyashev & Partners Roman Marchenko said.

Marchenko told Interfax-Ukraine that the transport aircraft transferred by Libyans for routine maintenance and storage in Ukraine, had to be transferred to the customer in 2012, but the customer could not take it over the military operations in Libya.

"Due to the lack of progress in negotiations with Libya on the future of the aircraft, as well as the accumulation of arrears for storage of the plane, in 2016, Antonov State Enterprise filed a lawsuit in the International Commercial Arbitration Court. The court decided to recover $1.2 million in favor of the Ukrainian enterprise. If the court decision is not executed, the aircraft will be put up for an international auction. The starting price will be determined by an independent appraiser of the Ministry of Justice," he said.

As reported, Ukraine sold two An-124-100 Ruslan transport aircraft to Libya early 2000s. The cost of the deal was not disclosed.