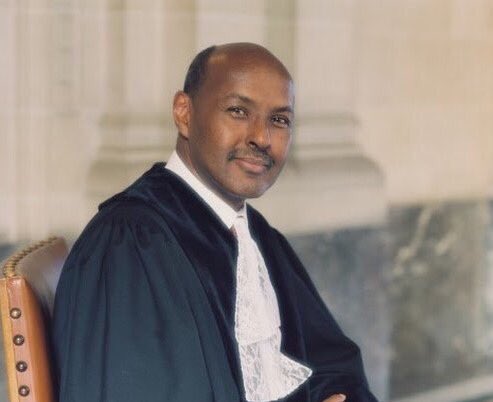 Somali Judge Abdulqawi Ahmed Yusuf has been reelected to the International Court of Justice (ICJ) based in the Hague, the Netherlands.

The prominent lawyer who has been a Member of the Court since 2009 has also held the position of Vice-President since 2015.

He is among the four judges elected after five rounds of simultaneous voting by the UN General Assembly and Security Council on Thursday from an initial pool of six candidates to the 15-Member judicial body of the United Nations.

They were elected by an absolute majority to nine-year terms, starting on February 6 next year. A fifth judge will be elected on Monday after a deadlock between two candidates on Thursday.

Judge Abdulqawi Ahmed Yusuf is one of three Members of the Court from Africa including Judge Mohamed Bennouna from Morocco and Judge Julia Sebutinde from Uganda.

Five seats of the 15-Member judicial body come up for election every three years.

Judge Abdulqawi Ahmed Yusuf, before his election in 2009, served as Chief Legal Counsel to various international organizations including UNESCO and UNIDO.

He studied law in Somalia and has authored more than 7 books and over 50 articles in various fields of public international law.