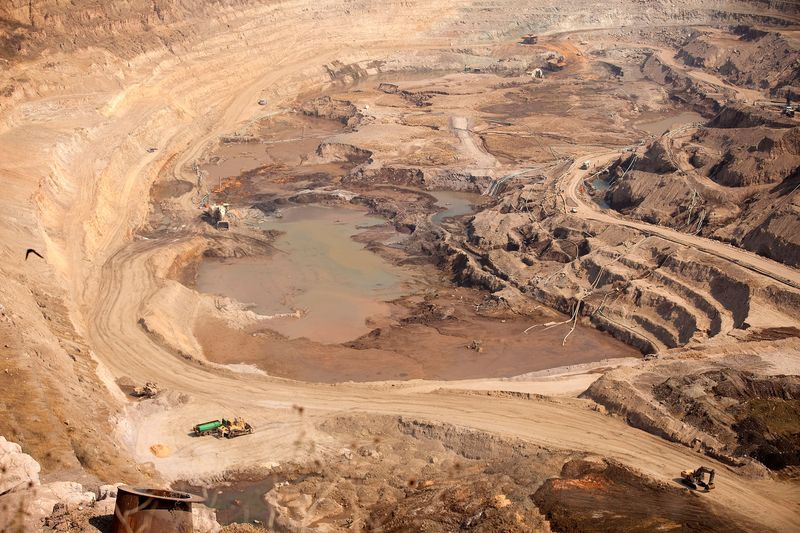 Dispute at Congo Cobalt Mine Heads to Court, Halts Supply

An attempt by Congo’s Gecamines to profit from the boom in battery metals has backfired, leaving the state-owned miner facing two international court actions and halting cobalt production at a key mine.

Gecamines blocked its 16-year partner GTL’s access to the cobalt site in the southeastern Congolese town of Lubumbashi in March to make way for a new investor, as prices for the metal soared. The attempt to switch one partner for the other has resulted in both parties taking legal action against the state-owned company for breach of contract.

Jersey-registered GTL, a joint venture in which closely held Groupe Forrest International has a 70 percent stake and Gecamines holds 30 percent, is suing Gecamines in the commercial court in Brussels for damages, according to two people familiar with the matter. The court schedule means no more cobalt is likely to be produced at the site until at least 2020 if there isn’t a settlement, said the people, who asked not to be identified because they’re not authorized to speak publicly about the matter. The court declined to comment.

Congo supplies about two-thirds of the world’s cobalt, of which as much as 5,000 metric tons a year, or 4 percent of global supply, was produced by GTL. Traditionally used to harden steel, cobalt’s ability to conduct electricity has made it an essential part of the rechargeable batteries needed to power electric vehicles. The price of the metal has risen 86 percent this year to $61,000 a metric ton on the London Metal Exchange.

GTL has processed mine waste, known as slag or tailings, at the Lubumbashi site since 2001. The project was a lucrative source of revenue for Gecamines. The state miner received as much as $65 million a year in payments for the raw material, in addition to its 30 percent share of total profit, GTL’s majority shareholder, Groupe Forrest International, said in April.

Still, Gecamines blocked GTL’s access to the site on March 23, forcing the company to switch off the furnace five months later. Between March and July, GTL twice failed to obtain a temporary decision from the Belgian courts to restore access to the mine waste and save its supply of raw material for the furnace.

Groupe Forrest spokesman Henry de Harenne confirmed the case is ongoing, but declined to comment on the details of the dispute. Gecamines said in an emailed response to questions that the dispute with GTL centers around “the interpretation and execution of contractual agreements concluded in 1997,” noting that Belgian courts have already “ruled in favor of Gecamines” twice this year.

GTL contests Shamrock’s claim to the tailings and says its contract grants it preemption rights to the parts of the site it wasn’t exploiting. Shamrock’s own arbitration further complicates the prospects of future production at the site.

A ruling in Shamrock’s favor by the Paris arbitration court will “have the effect of ordering Gecamines to cease and desist from the conclusion of any and all contract negotiations and or settlement agreements with any third parties in respect to the Lubumbashi slag dump, pending the outcome of the main arbitration hearing between Shamrock and Gecamines,” McCormack said.

The court heard the case on Nov. 24 and will decide whether to issue an emergency arbitration order on Monday, he said. Shamrock will continue with the main arbitration hearing if the emergency order isn’t granted, McCormack said.

“Gecamines considers that the agreements concluded between Gecamines and Shamrock have not entered into force” because “preceding conditions” are yet to be satisfied, the state-owned miner said.

Under a 1997 contract, GTL had the right to produce as much as 5,000 tons of cobalt annually from the tailings site for about 15 years. That agreement was revised in January 2013 and Groupe Forrest has said its interpretation of the amendment gives GTL the right to continue to process cobalt at the same rate until the resource is fully depleted.

In October 2016, independent assessments by Gecamines and GTL agreed that about 1.47 million tons of ore remained in the dump. That’s equivalent to a further five years of operations, Groupe Forrest said in April.

Despite the amendment, in December Gecamines said GTL had exceeded the quota permitted by the original contract and it reserved the right to annul the agreement, according to copies of correspondence provided by Groupe Forrest in April. Gecamines said in August that the amended contract abolished a 20-year fixed term contained in the original accord “while maintaining the maximum quantity of 75,000 tons of cobalt.”

Gecamines said its “external studies” showed GTL had surpassed its allowance and the state miner had “consequently ceased to deliver slag, in accordance with the terms of the contract.”

GTL has produced less than 65,000 tons and there is no production limit under the revised contract, Groupe Forrest said in April.

By: William Clowes and Thomas Wilson