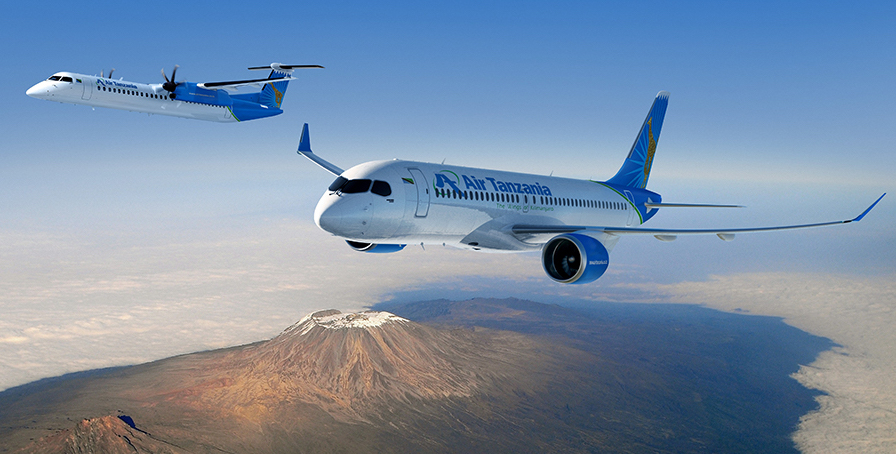 The Director of Information Services, Dr Hassan Abbas said the new planes from the Canadian Bombardier Manufacturer will arrive in the next four months. The government statement ends months of speculations on the fleet plight.

The government signed a firm purchase agreement with Bombardier Commercial Aircraft for the two Q400 turboprop airliners in July 2016. The 76-seater aircraft chiefly for commercial airline operations were pegged at 62 million US dollars (over 140bn/-).The state further signed another 224.6 million US dollar (over 500bn/-) deal for one Boeing 787-8 Dreamliner and jetliners CS300 to add up to the already delivered two Q400 planes.

"I understand there have been lots of rumours going on out there, but I'm here to assure you that our new planes, including the Boeing 787-8 will arrive this July," he said. Dr Abbas decried the efforts doomsters were investing to frustrate the national flag carrier revival initiatives, saying, "They will all fail because the government is determined to revive the airline company.

" It was earlier reported that the Tanzanian aircraft, Bombardier Q400, which was previously scheduled to arrive in the country last July, was seized in Canada due to the government failure to pay 38 million US dollars it owed the UK's Stirling Civil Engineering Limited.

Stirling Civil Engineering Limited, which was contracted to construct the Wazo Hill- Bagamoyo road, accuses the government of illegitimately terminating its contract without compensation.

The firm, successfully sued Tanzania at the International Court of Arbitration in Montreal Canada, leading to the seizure of the aircraft. Dr Abbas said there are more challenges that the government was handling, insisting that all was going well at the ATCL. He said the government had commissioned rehabilitation of 10 airports including Mwanza, Geita and Tabora to accommodate the new aircrafts.

The Dreamliner, observers say, will be the top plane of Air Tanzania. It is not clear which route it will launch its first journey, but industry sources hint that it will operate on the longhaul international routes, linking Dar es Salaam with other leading destinations in Africa, Europe, Asia and America