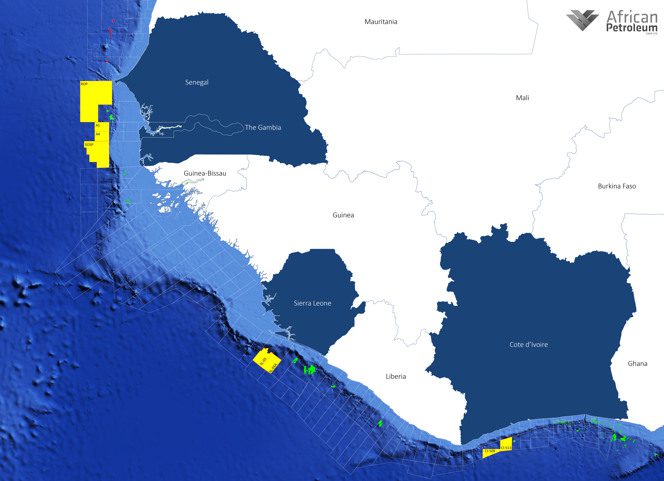 The African Petroleum, an independent oil and gas exploration company with licence interests in offshore West Africa, has provided the following corporate update in its press release. It stated that it is currently involved in arbitration against The Gambia at the international center for settlement of investment disputes (ICSID) as of 2017. It has also stated that it has instructed a law firm in Paris with regards to its investment in Senegal regarding a potential dispute against the government.

The detailed information is below:

As announced on 18 October 2017, the Company's wholly owned subsidiaries African Petroleum Gambia Limited and APCL Gambia B.V have lodged Requests for Arbitration (“RFA”) documents with the International Centre for the Settlement of Investment Disputes (“ICSID”) in order to protect its interests in the A1 and A4 licences in The Gambia. These RFAs have been registered and allocated the following case numbers by ICSID:

The parties to the arbitration proceedings and ICSID are currently working towards the confirmation of appointment of the arbitrators to the tribunals for each arbitration case.

Due to legal confidentiality considerations and commercial sensitivities associated with the arbitration process, the Company intends to only provide material updates to shareholders as and when appropriate.

The Company continues to remain open to engaging in constructive dialogue with the Gambian authorities with a view to establishing a satisfactory solution that is in the interests of all parties.

As announced on 18 December 2017, the term of the first renewal phase of the Senegal Offshore Sud Profond (“SOSP”) production sharing contract (“PSC”) expired on 15 December 2017. Prior to the expiry of the current phase, and in accordance with the terms of the PSC, the Company lodged an application (“PSC Application”) to enter into the second renewal phase of the contract, and also requested to exchange the outstanding well commitment in the current phase for a 3D seismic acquisition programme, and to transfer this revised outstanding commitment to the second renewal phase. The Company has yet to receive any response to the PSC Application.

African Petroleum notes recent media reports that Total has commenced a seismic acquisition on the ROP block. The Company continues to reserve its rights on the Rufisque Offshore Profond (“ROP”) PSC.

The Company has engaged the services of a Paris based law firm to provide legal advice on the Company's contractual rights under the SOSP and ROP PSCs. In January 2018, formal notices of dispute were lodged with the Senegalese authorities in respect of the SOSP and ROP PSCs and, in accordance with the terms of the PSCs, the parties have three months to resolve the disputes. In the event that the parties are unable to resolve the disputes then there are arbitration provisions within the PSCs that can be utilised by the Company in order to protect its interests.