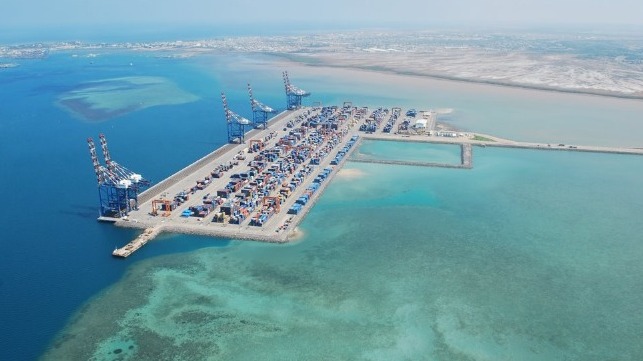 Just one month after it terminated DP World's concession for the Doraleh Container Terminal, the government of Djibouti says that it is in exclusive talks with CMA CGM to build and operate a new 2.4 million TEU container terminal.

In news first reported by Reuters, Djibouti Ports and Free Zone Authority chairman Aboubakar Omar Hadi said that the government hopes to conclude an agreement with CMA CGM by this summer. The new facility - Doraleh International Container Terminal, or DICT - would be built within two years.

In addition, Hadi said that the authority may buy DP World's 33 percent interest in DCT in order to avoid further conflict over the operation of the existing terminal.

In 2006, the government of Djibouti agreed with DP World for a 30-year concession to operate DCT. In 2014, Djibouti launched an arbitration suit against DP World over allegations that the company had made improper payments to Abdourahman Boreh, the former head of Djibouti's port authority, in exchange for favorable terms for the concession. DP World denied wrongdoing, and Djibouti lost the suit in February 2017.

Last month, when Djibouti announced that it would unilaterally end the concession for DCT, DP World initiated its own arbitration proceedings before the London Court of International Arbitration to secure damages and compensation. By offering to buy DP World's stake, Djibouti hopes to bring the long-running legal conflict to an end.

Doraleh is located near the strategic Strait of Bab al-Mandeb, and officials believe that its location makes it well-suited for transshipment cargoes. In addition to DCT and DCIT, Doraleh is home to Doraleh Multipurpose Port, a $600 million "flagship" terminal built by China Merchants Port Holdings (CMPorts) to accommodate container and bulk cargoes.

Drewry ranks CMA CGM among the world's top-ten terminal operators, and predicts that the French conglomerate will reach sixth place by 2020. DP World stood at fifth place worldwide as of 2016.