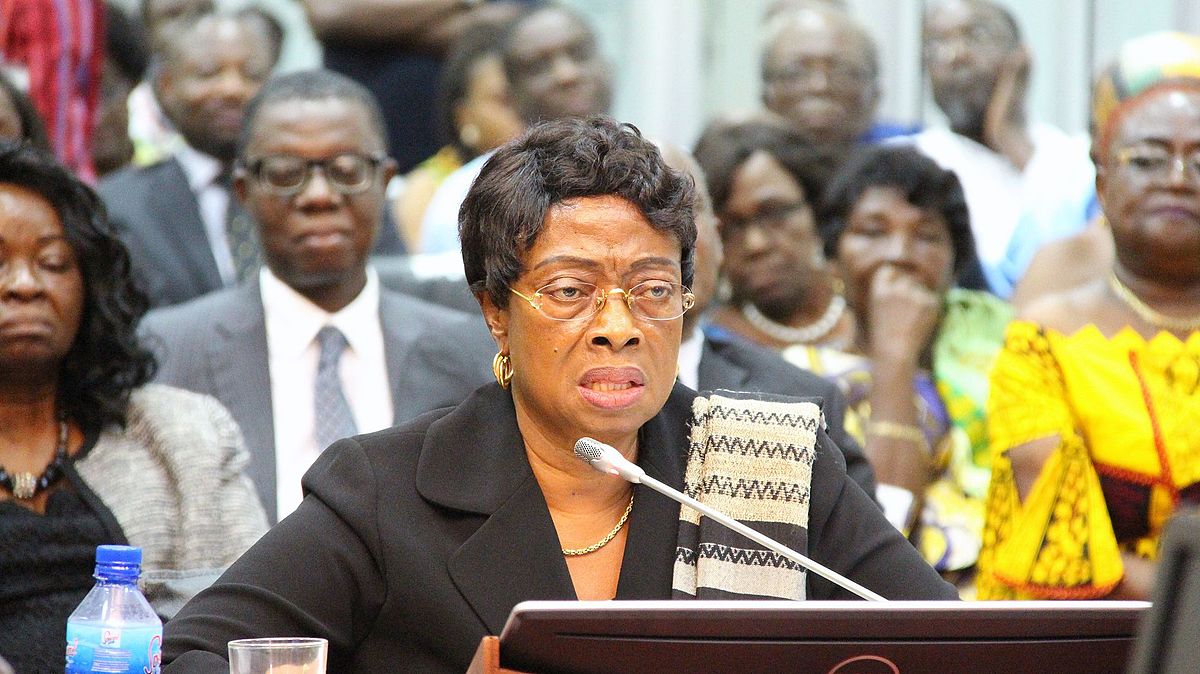 The Lady Chief Justice Sophia Akuffo has launched the Gamey and Co Alternative Dispute Resolution (ADR) Centre with a call on practitioners never to compromise the integrity of the ADR process.

She said integrity was what would give the Centre the clout and obtain the respect it desired from parties.

The Lady Chief Justice was speaking at the launch of the Gamey and Co ADR Centre in Accra on Friday.

The Centre will provide bespoke services and training in ADR, especially on negotiations, mediation, facilitation and arbitration.

It will strategically fill the gap that currently existed in the provision of ADR services and training needs of commerce and industry, state and non-state agencies as well as private individuals.

The Lady Chief Justice said the Centre should be able to defend and ensure its integrity with passion and it must not do or say anything that would dent its image.

She said the Centre must be able to safeguard its records and communication in a way that gave parties the satisfaction that their issues would not be leaked or get into unauthorized hands.

The Lady Chief Justice said members enrolled on the roster of the Centre must ensure that the confidentiality was satisfactory and unlike the courts, where records were supposed to be public, ADR was purely a contractual issue and often parties choose it because they desired confidentiality.

She said the rules of the Centre, the case filing process and other incidentals must be very friendly and easy for the use of parties, adding that one of the criticism business people make of the courts was the rigidity of the rules and procedures of the courts system and also the fact that the court room was often intimidating.

“The Centre and facilities to be used by the Centre must be friendly and easy to use and the staff of the Centre must equally be very patient and responsive to the needs of parties,” she added.

On affordable fees, the Lady Chief Justice said the fees of the Centre must be reasonable to attract parties and a party must know how much it was likely to cost him or her to file a case at the Centre and estimate how much they were likely to spend.

“The Centre must be conscious about the need for its continuous existence and strive on keeping affordable fees,” she said, adding that high fees had been cited in several recent surveys as a disincentive for choosing ADR.

She said the Commercial Division of the High Court also has a mandatory Pre-Trial Conference aimed at assisting parties to resolve their disputes so that they do not even come to trial at all.

“This is because we are aware of the peculiar needs and expectations of the business community,” she added.

The Lady Chief Justice said in the light of these experiences, the Judicial Service were considering making ADR mandatory for all civil disputes before they come for trial.

She said it would be proposed to the Rules of Court Committee to make provision in the rules of the various courts to demand evidence that parties have first tried ADR before hearing the matter and this should lead to a widespread use of ADR and promote rapprochement.

She said when parties began to use ADR to resolve their civil disputes, then the courts could concentrate on delivering quality judgments on issues of rights, criminality and constitutionalism.

Madam Akuffo said the judge would not feel pressured by the time and other factors and would be afforded more time to deliver decisions after making adequate research and developing enough familiarity with a use.

Mr Austin Gamey, the Chairman of Gamey and Co ADR Centre, said the Centre was out to fully explore immense potential of ADR to address the dispute resolution needs of society, in business and other endeavours.

He said the Centre believed that there was the need to create a platform for parties to access ADR services with ease and “we are leveraging on our own experience and engagements over the years, focusing on new developments in the field of ADR, harnessing the potentials of existing trained practitioners and positioning ourselves as the Centre of choice.”

Mr Gamey said it was their plan to ensure that effective dispute resolution mechanisms were easily accessible to parties in order to resolve their conflicts without or with minimum grief.

He said the Centre would add to the options available to parties, who have disputes and “we have seen how the field of human resources and labour relations have used ADR to their advantage and make significant gains in that respect.”

He said one of the key developments in ADR was found in the use of technology and online dispute resolution was fast gaining grounds and being adopted by the some Centre around the world.

Mr Bright Wireko-Brobby, the Deputy Minister for Employment and Labour Relations, said the Ministry acknowledged the huge role that the private sector had to play in the socio-economic development of the nation.

He said often time, the focus was mainly on productive activities in the area of farming, manufacturing and services.

The Deputy Minister said over the years, ADR had been successfully implemented in resolving labour disputes, indicating that the peaceful industrial and labour front the country experienced could be attributed to the use of ADR principle in the tripartite deliberation and negotiation.